Today we went to the tennis with the kids – it seemed we weren’t alone, there were lots of families at the Australian Open.  It’s quite a different proposition when you bring the littles, but it was fun and we did get to watch some tennis too (more than I had expected).  This is really a follow up to the review I posted last year – click here to read the part A to this part B.

Cost:  Ground Passes start at $24 depending on the day, click here for all the details. 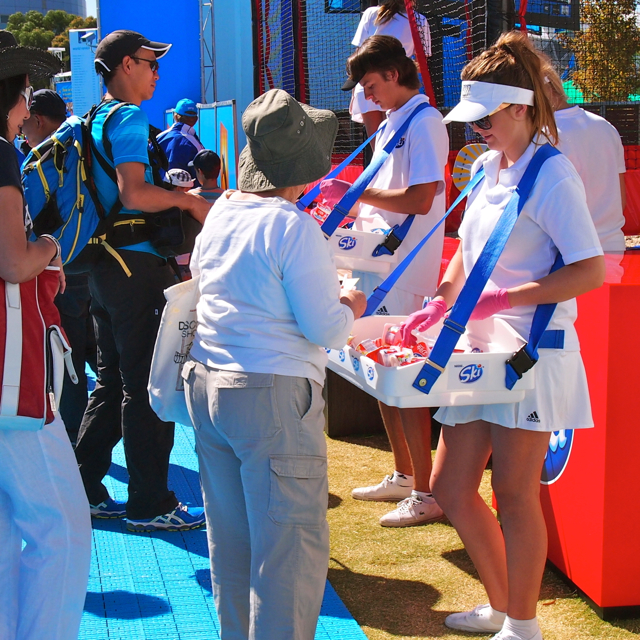 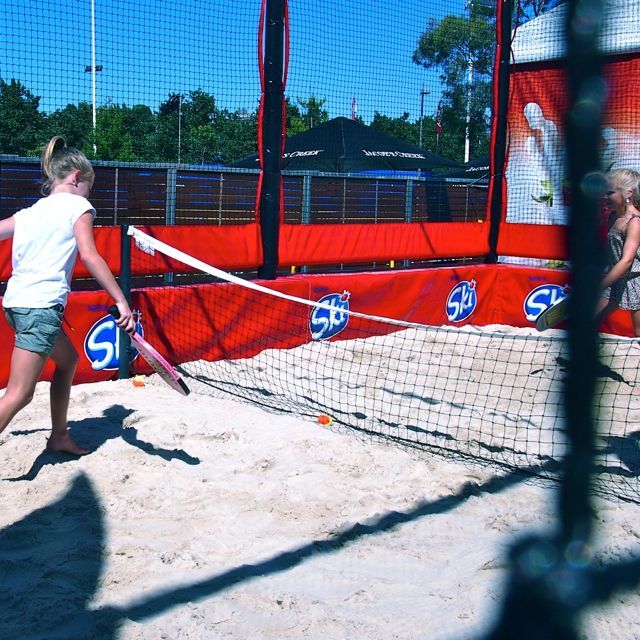 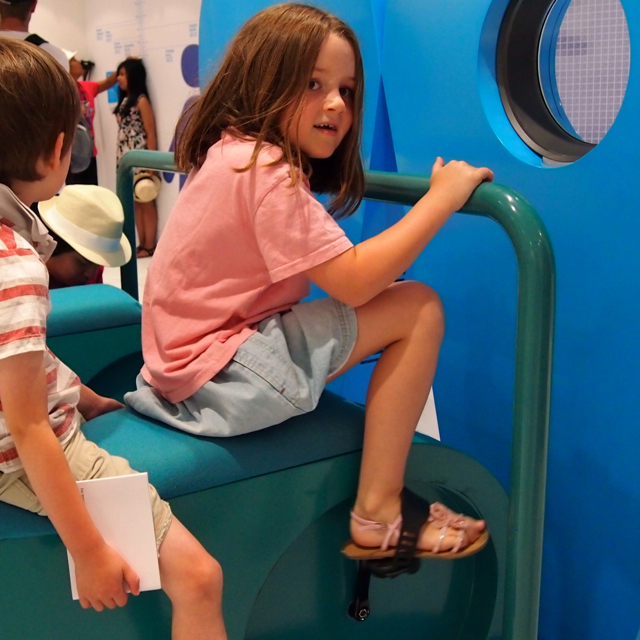 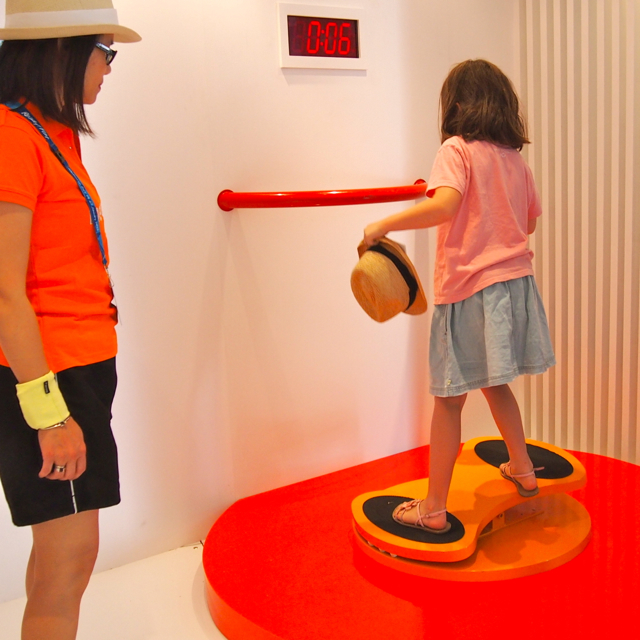 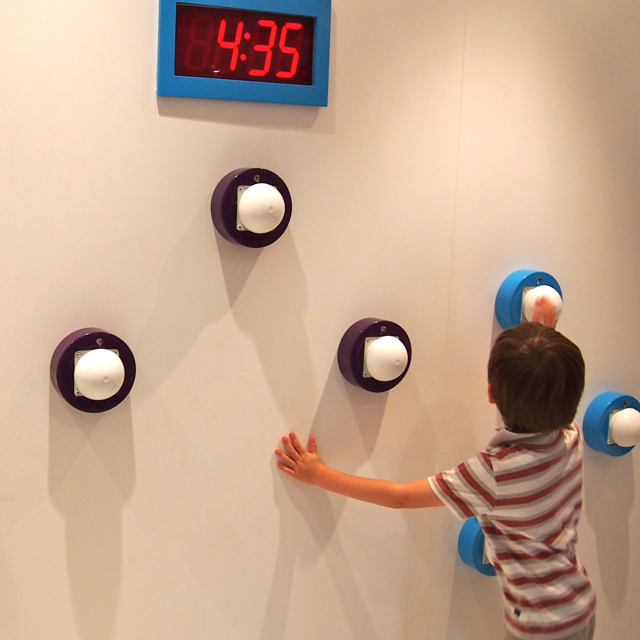 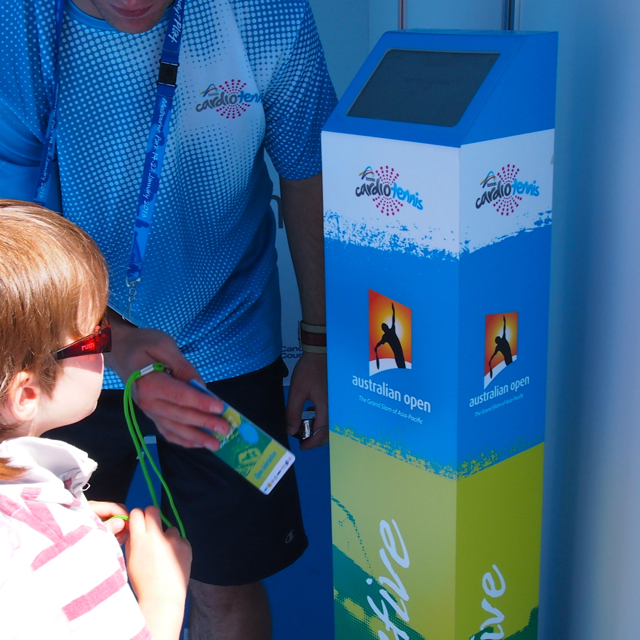 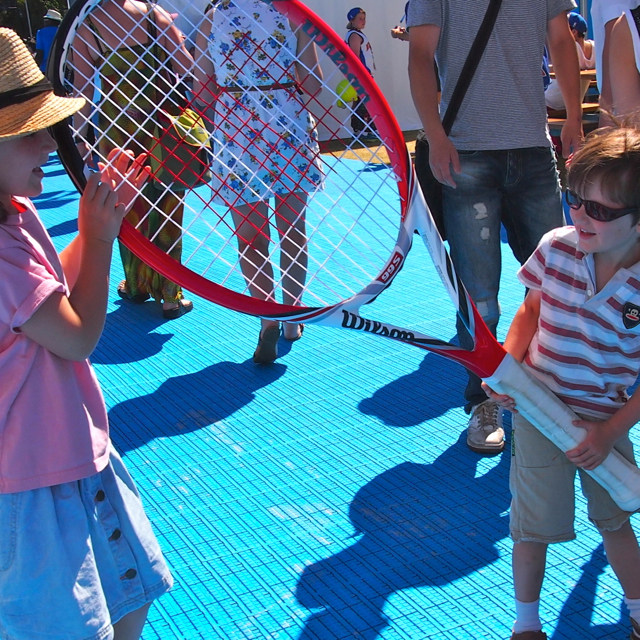 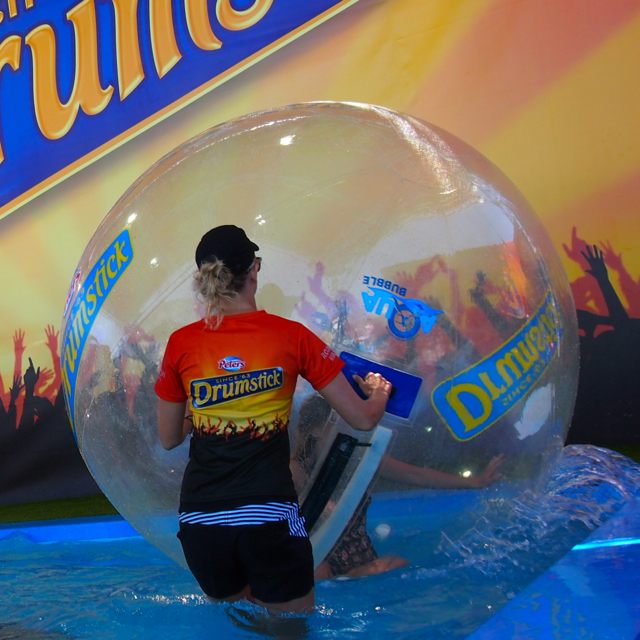 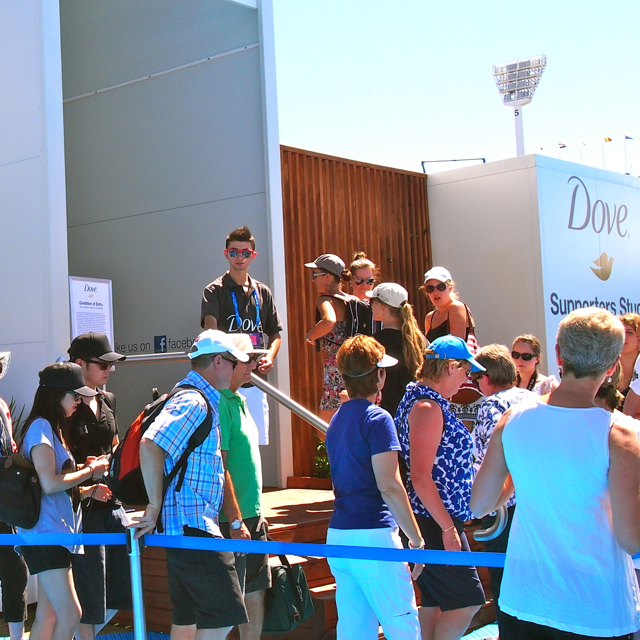 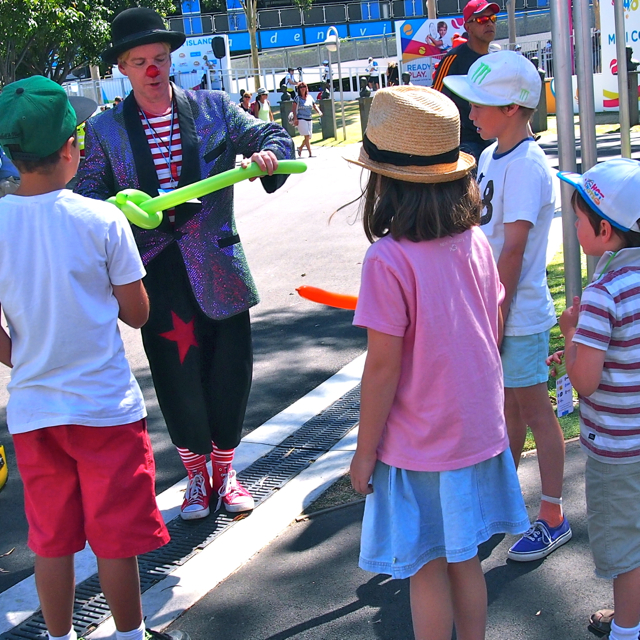 Balloon man… what were we thinking!? 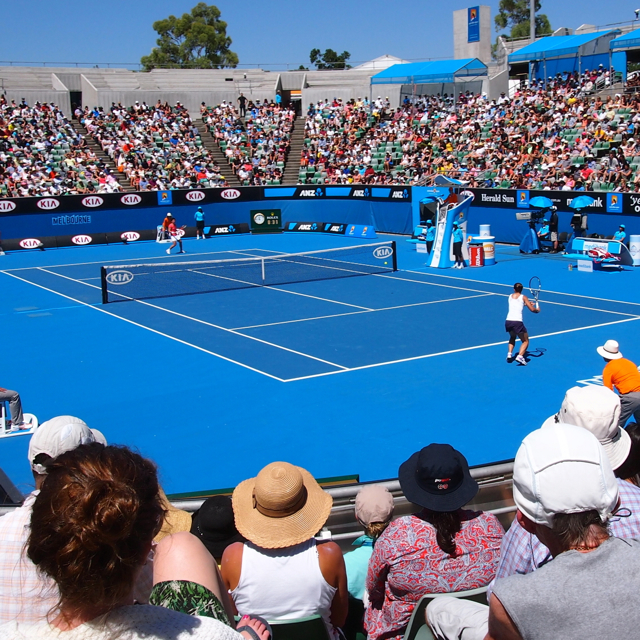 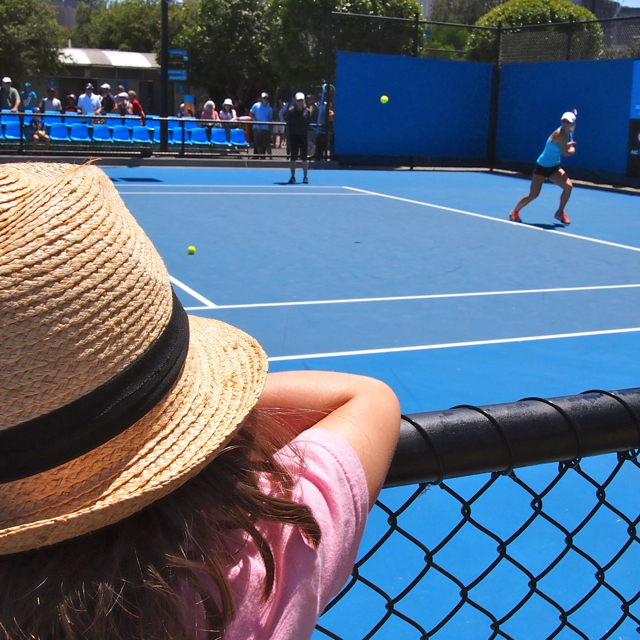 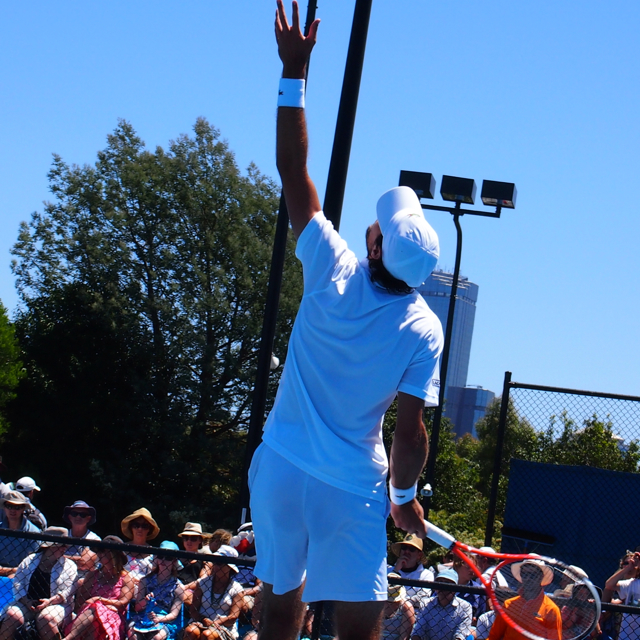 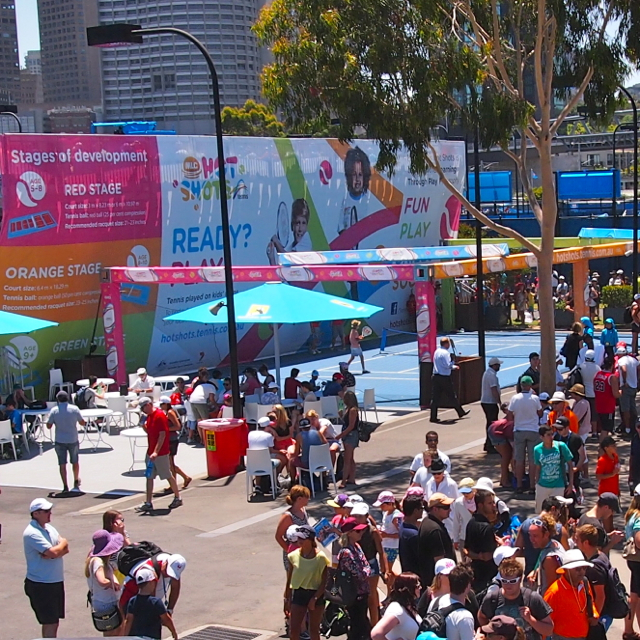 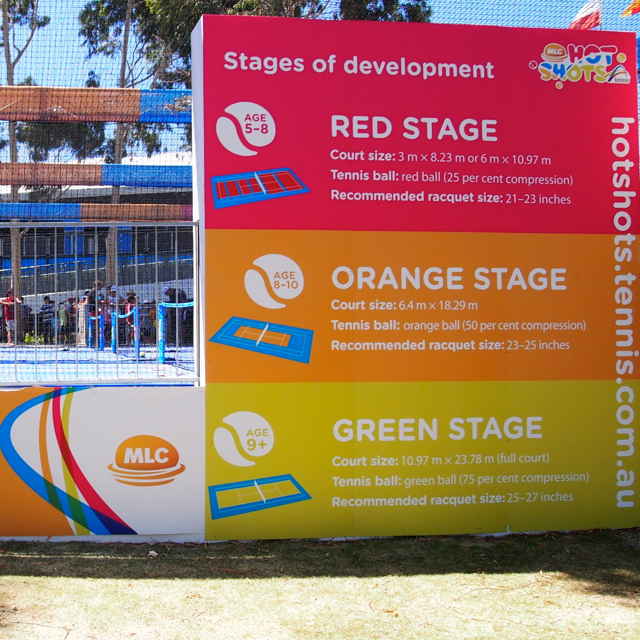 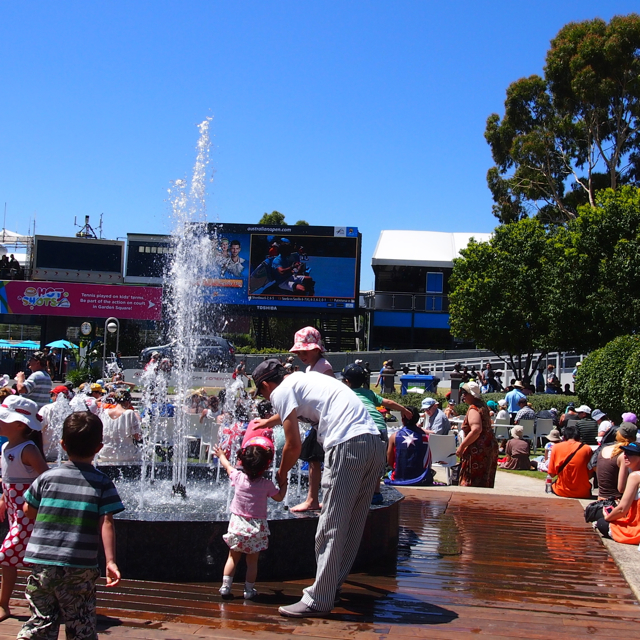 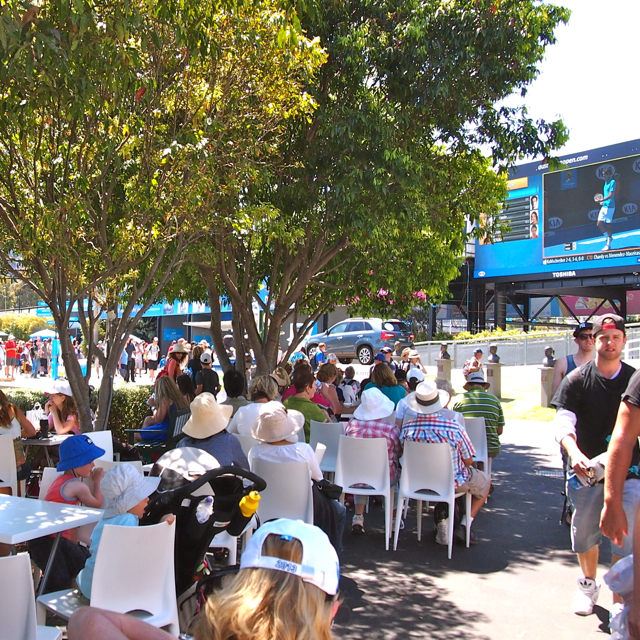 Having attended the Kids Day on Saturday (which I highly recommend) ensured the kids had the Australian Open and the venue top of mind – it allowed them some context to our briefings in the lead up to todays outing.  I should also mention I offered them a plan B, right up until the night before, but they were both keen to come along (possibly because for the past two years they have been begging for a giant tennis ball – and I may have mentioned we could get one after the tennis).

Other than the briefings in the days leading up to the event we could really do no more than roll with the punches – and thankfully it was pretty smooth sailing.  We hit Grand Slam Oval when we first arrived at 10am.  There were already some queues – so we just skirted around the edges, see photos.

And then we headed to Margaret Court Arena for a match – there were toilet breaks but otherwise the kids sat and watched and ate their lunch without too much fuss.  I should mention – we crossed the path of a balloon artist (what are those people called who make amazing objects with balloons?!) who whipped up a sword and a puppy for the kids just before we walked into Margaret Court Arena – BAD bad BAD idea… my heart stopped not on one occasion but two when the offending balloon objects were momentarily let go of and came in contact with the concrete ground below us.  All I can say is THANK YOU god for allowing it to be in-between points as the acoustics were such that a pop seemed to sound like a gun shot and I am not sure but I might have let out a muffled scream (or maybe that was the woman in front of us?) the first time it happened… oh the mortification (and don’t ask me how it happened a second time and how it was we weren’t escorted from the premises – I am still unsure).  Thank goodness the kids didn’t then burst into tears or anything regarding the demise of their balloon.

While Grand Slam Oval is fun – there is also lots to do (and some great shade) around Garden Square and the Show Courts. And some really intimate tennis can be seen if you take the time to wander down through courts 4 – 15.

We did come home with a giant tennis ball ($35) but we also somehow made it to 3pm before we left – which I figured for a four and seven-year old was a pretty good effort.  Hopefully this is the beginning of a new annual family tradition!

Thank you very much Tennis Australia for our four Ground Passes for Day 2 of the 2013 Australian Open. 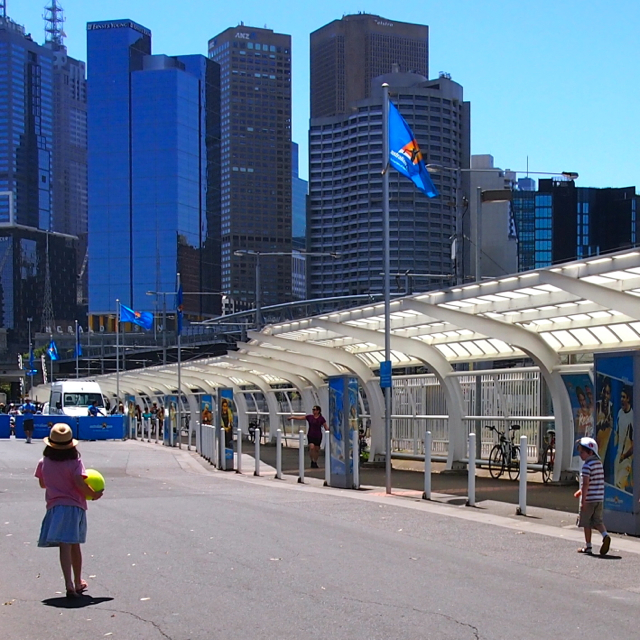