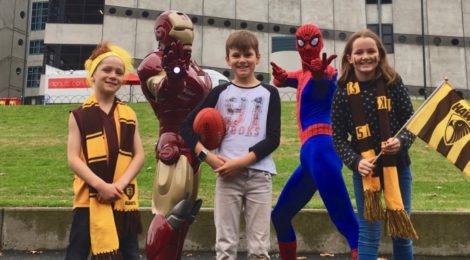 AFL Sunday Funday at the MCG

During the AFL football season every Sunday families can take advantage of FREE kids activites before the game and FREE entry to the game for kids!  Seeing your team play live is a rite of passage everyone can enjoy.

When:  Every Sunday before AFL matches for approximately 1.5hours

Where: We attended the MCG event but the FREE tickets and AFL Playground happen at: 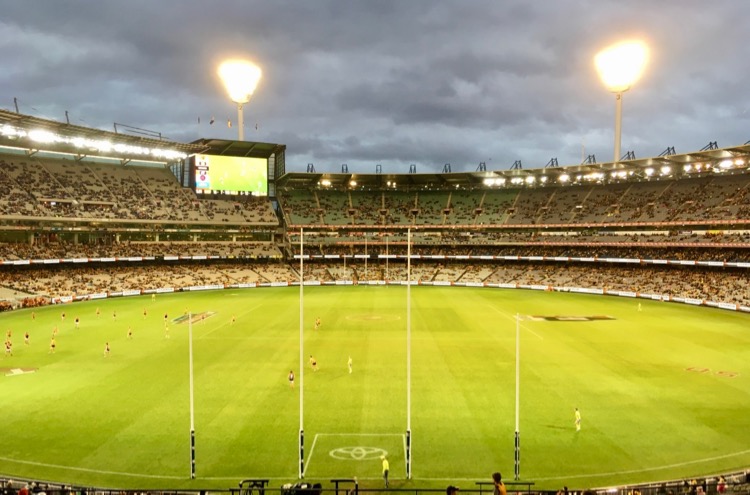 Even if you’re not a avid football follower (aka me) it’s hard not to get swept up in the excitement of the action inside the MCG; an atmosphere and venue that can’t be replicated on the small screen!

One of the wonderful things about a Sunday afternoon game is that it’s not a late night on a school night and the crowd is filled with families, so it’s a friendly crowd (if the idea of a football crowd is a little intimidating for you).  From my very limited experience daytime matches are typically a little more relaxed.

Our game start time was 3.20pm, so the Sunday Funday activities outside Gate 6 kicked off just after 1.30pm and included both the Woolworths AFL Playground (a series of footy related games as well as an under cover area – which prooved handy on the very wet Sunday afternoon we were at the G) and the Marvel Avengers Training Course.

Every Sunday families are invited to compete for the best course time.  The winning family recieves a family pass to Avengers S.T.A.T.I.O.N. at Fed Square as well as a meal pass at the Tommy Collins pop up… added to winning the passes the family also gets to meet some Avengers and competes in a relay race across the middle of the MCG at quarter time (as well as interviewed on the field and, if weather and time permits, have a quick kick of the footy).

Surprisingly (or maybe not given the rain) not that many families registered the day we were there and I think that increased our odds – because we were the winning family… and much to my mortification I also had to sprint across the MCG in front of the crowd – my progress filmed and projected on the big screen.  Whilst the running bit was woeful on my part, I have to admit it was terribly exciting heading out onto the pitch and experiencing the crowd from the players perspective!  It’s a moment I will long remember.

The only downside to this very cool experience was that we spent the first quarter of the game hanging out with Iron Man and Spiderman – behind the scenes in the bowels of the MCG and had no idea what was happening out on the field until just before the siren sounded.  Going behind the scenes, onto the pitch and hanging out with some superheroes is not an everyday experience – so defintely worth (in my mind) the sacrifice of missing a quarter of the game.

We hung out in the Playground area for quite awhile… enjoying the footy challenges (winners could score footy cards if they were lucky), complimentary apples to munch on,  facepainting, playstation footy games, colouring in and more – if you wanted to do everything and it was busy you would need 45 minutes to an hour to do all the things.

We thoroughly enjoyed the whole experience – you wouldn’t think our day couldn’t get any better, but it did: Charlie and his mate’s team won the game by a mile (okay maybe not nail biting football, but a great outcome for us novices).  We got ourselves some snacks, took in all the theatre of the field, enjoyed watching the Auskickers at half time as well as audience members up on the big screen dancing – it was lots of fun and the afternoon went way too quickly.

Due to it raining the post match Kick 2 Kick was cancelled – but if you’re not in a big hurry to get to the train then the kids love having a turn kicking their ball on the MCG (note you need to BYO ball).

Next time we go Immi and I are choosing the match as it will be our turn to see our team in action… and we can’t wait!

Thanks so much for having us AFL. 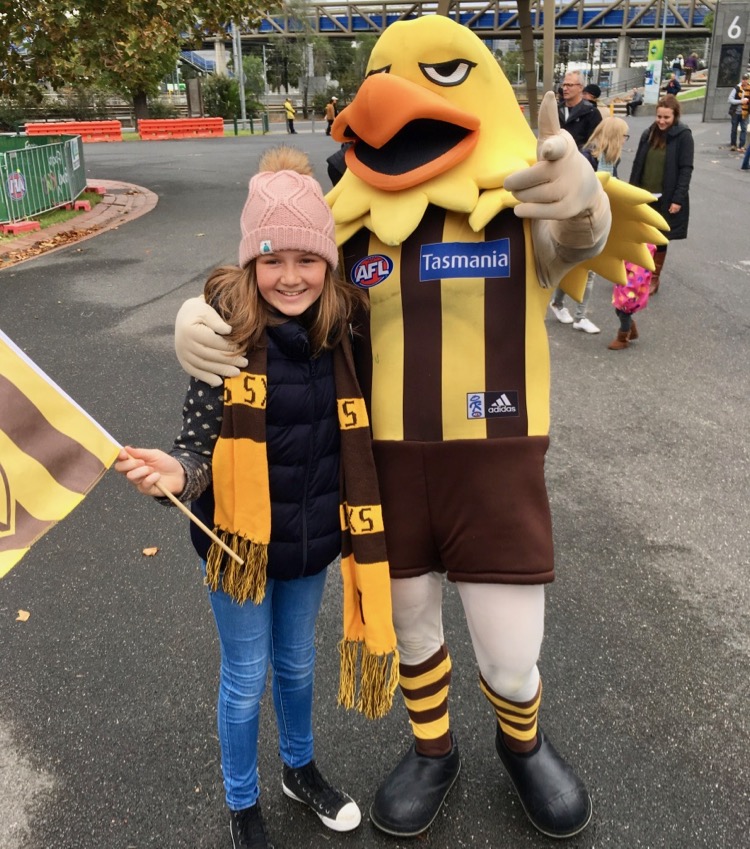 Such a treat to be at the @australianopen in mild