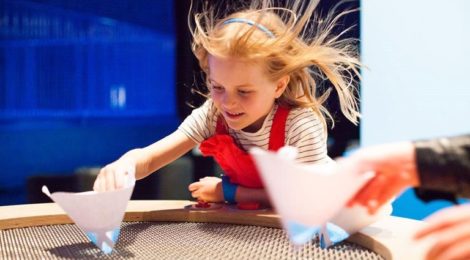 The new exhibition at Scienceworks, Air Play, is all kinds of fun and is one of their most interactive yet – perfect for restless kids needing to expend a little energy these school holidays.

When: Daily, sessions from 10am–4.30pm (book ticket and time ahead online) 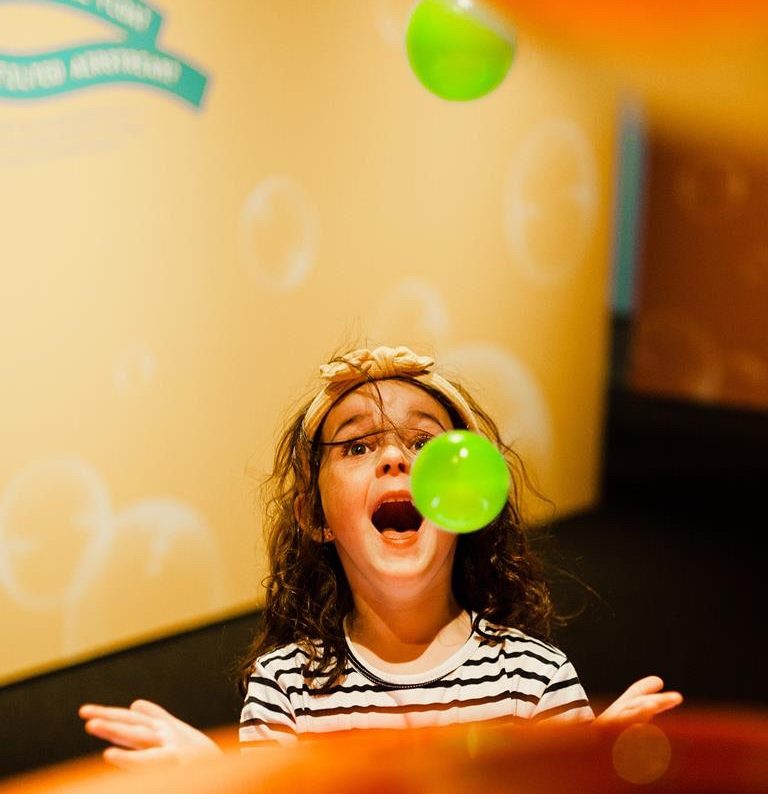 Review written by Thuy On

After following some tiny overhanging clouds the visitor is greeted by a twisty mass of cylindrical plastic tubing up overhead. You’re to drop coloured scarves into a small vent and see it being sucked up and whizzed about and then gently float down. But why do they fall so slowly? It’s all to do with air resistance, and the reason why a parachute works.

All throughout the playground, the science of air, its properties and variations, are simply explained through the various kid-friendly activities set up. There are miniature sailboats that glide as the effect of wind power on the sails is activated, while enormous industrial-sized fans are to show how some shapes are more aerodynamic than others. You can launch small balls in the air by pulling on a pulley to squeeze them through a tube, see how they are suspended mid air-stream and play a cool snooker-like game in which you try and move balls into a central hole by pushing buttons that release air.

Kids can also make their own paper aeroplanes and race them in a long, fenced-off pit that has the measurements on the side to gauge distance. Videos are shown of three different kinds of paper-plane making models to follow but you can certainly come up with your own design and test it out.

There is suppose to be an inflatable castle set up as part of the exhibit but unfortunately the extreme heat and windy conditions on the day we visited Scienceworks rendered it inoperable. But also part of Air Play is a ten-minute demonstration on bubbles in the Pumping Room, a walk away. The acoustics of this large echoing space made it difficult to understand the presenter but you do learn why, despite the moulds used, bubbles are only ovaline/circle in shape and not say, rectangular or triangular.

Air Play is great play; another informative and hands-on addition to the program at Scienceworks this Summer. 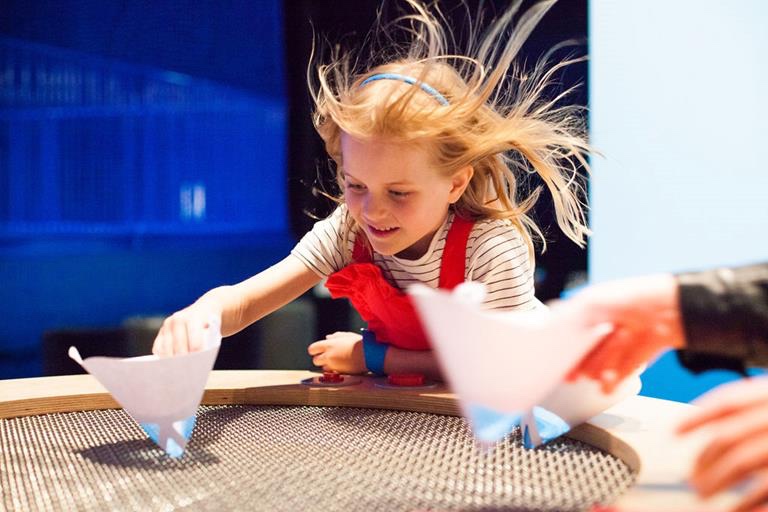