Melbourne Museum hosts the Australian premiere of Bug Lab: Little Bugs, Super Powers – an exquisitely crafted and spectacular world of bugs where museum visitors can immerse themselves in the fascinating science of entomology and discover how these little creatures have inspired cutting-edge science and technology.

The world of bugs could be considered stranger than science fiction so it makes perfect sense that this exhibition has been produced by the team from Weta Workshop. The five-time Academy Award-winning creative studio behind The Lord of the Rings trilogy, Avatar and District 9, developed this exhibition in partnership with the Museum of New Zealand Te Papa Tongarewa in New Zealand.

The exhibition features four giant scale bugs in pod-like structures and surrounding the pods is an array of information that is displayed in cabinets, models, information panels and interactive touch screens.  There are also plenty of interactive elements to engage with all ages, from making wings fly, through to timing your reflexes.  The space is layered with information allowing for either a very long visit or return visits.

The information shared within the displays is really interesting – bugs have inspired so much cutting edge science… they really are incredible designs.  Bug Lab lifts the lid on the genius of bugs, which over millions of years have evolved to have superpower-like abilities, including camouflage, mind control, super speed, swarm intelligence and deadly venom.

Bug Lab will have you in awe at the curious facts of the bugs themselves and also in awe of the 2,000 individual pieces that took almost 200 Weta Workshop technicians over 40,000 hours of work over six months. 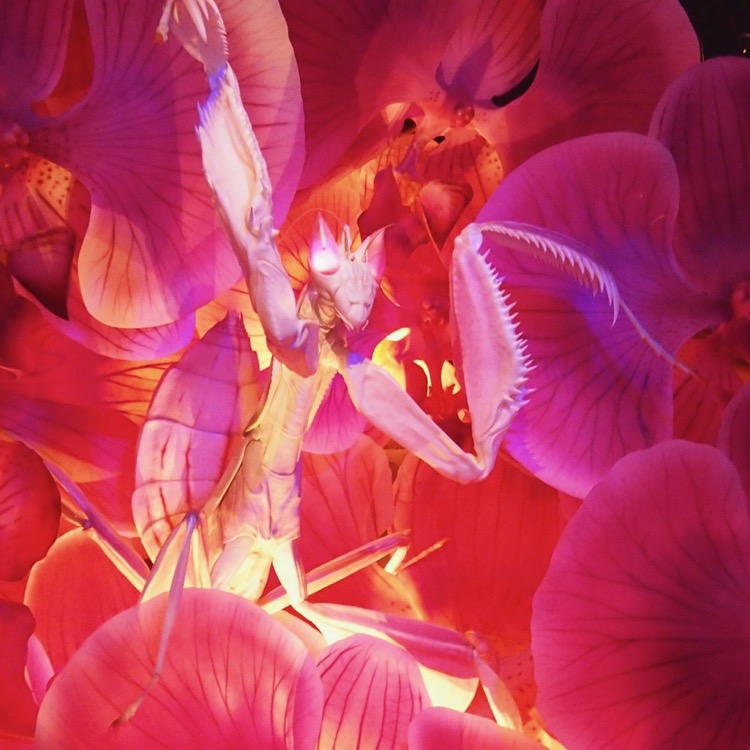 As a result of Bug Lab Melbourne Museum has got Bug fever and it’s all bugs bugs bugs.

Bugs Alive! allows museum visitors to get up close and personal with real bugs including stick insects, beetles, snails, spiders and learn about their habitats, life cycles, social lives and how much humans depend on them.

Bugs: Might Micro Monsters 3D is a 45 minute documentary which takes viewers on an unbelievable tour of the world beneath our feet, from the Kenya savannah to the tropical rainforests of North East Australia, to further revel in the superpowers of bugs.

Specially commissioned by Melbourne Museum, a group of large-scale bug puppets that represent each of the bugs featured in Bug Lab will be let loose in the museum on Sundays in August and September between 1 –3pm.