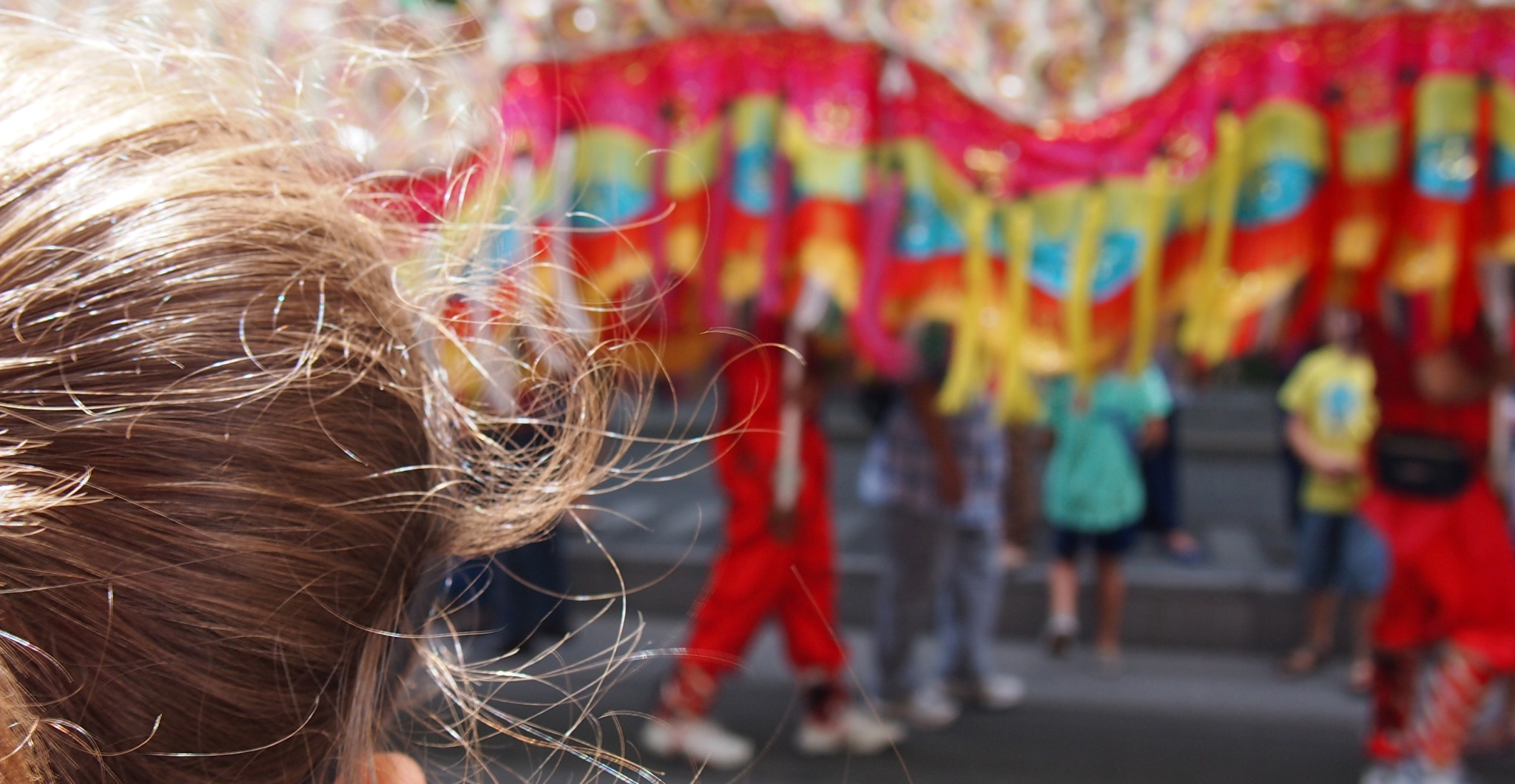 Chinese New Year is synonymous with the colourful and fabulous parade through Chinatown – starting in Little Bourke Street and weaving its way through the city.

Where: Route followed Little Bourke Street into Swanston Street and then turning left into Bourke Street heading towards Parliament (not entirely sure where it finished as we didn’t follow it) 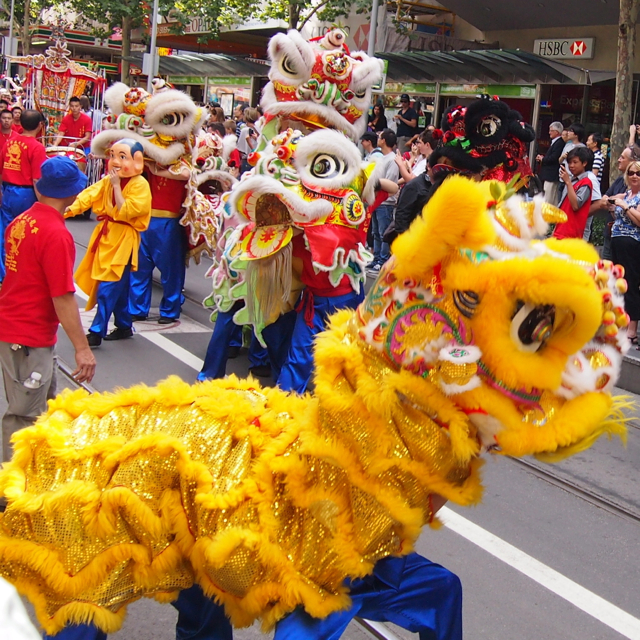 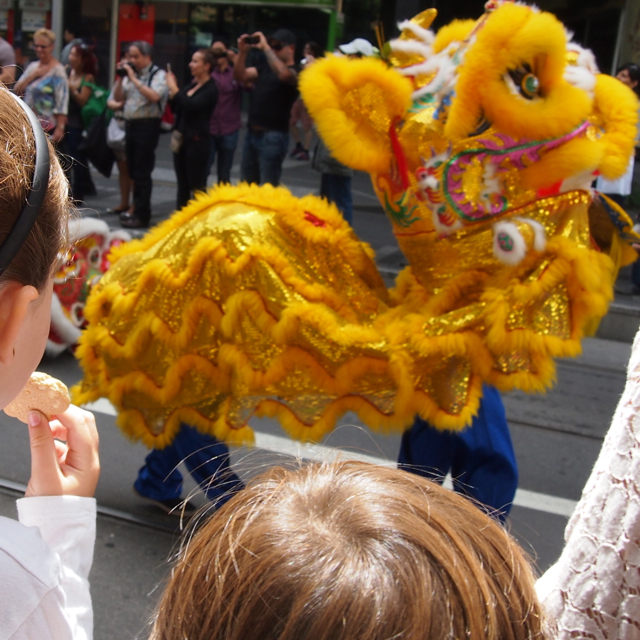 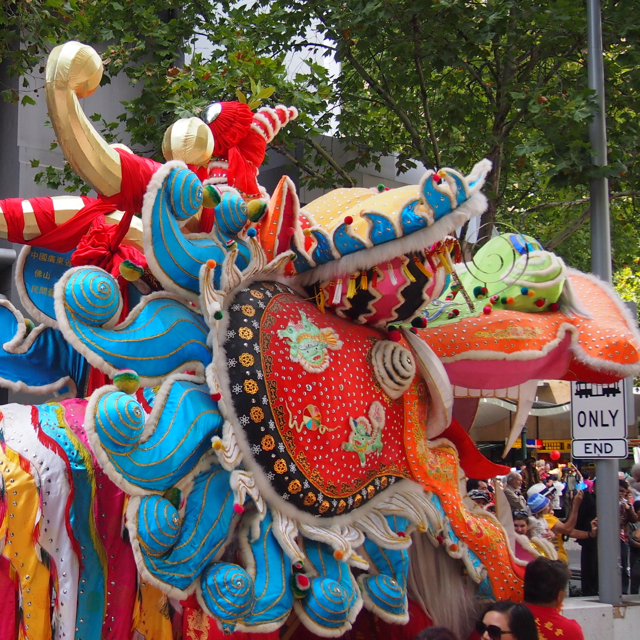 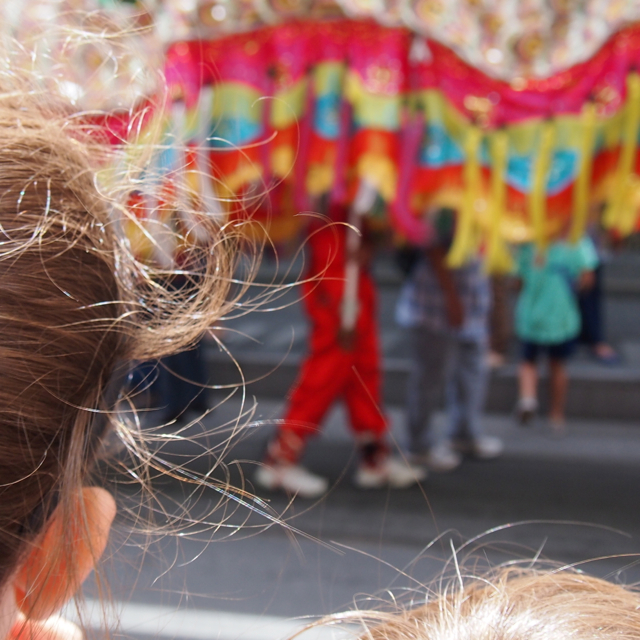 We made it to the intersection of Little Bourke Street and Swanston Street right on 12.30pm and could see the dragons approaching.  It was quite a crowded spot – but I could see along Swanston Street there were still spots that were free and so we ran ahead and got a front row position.

Trams were momentarily halted and the parade wove its way through the stationary trams (much to the surprise and delight of the passengers).  I suspect that this segment of the parade is fairly swift (due to traffic being halted and the road not being completely closed here) as within three minutes it was all over.

The acrobatics, costumes and drums were all impressive and spectacular – however had we been a few minutes after 12.30pm and we would have had to try and catch up to it, and Bourke Street looked quite crowded so I am not sure we would have had such a great view.

If you want to book a restaurant in Chinatown for lunch on New Years – make sure you book in advance!  Some restaurants will require a credit card deposit over the phone when you book.  I enquired and the Shark Fin Inn was a dim sum menu, $38 per adult and $20 per child with a $10 deposit per head.

Finally I should mention the noise was not exactly what I had expected – I thought there might be fire crackers going off, but it was just the drums giving a beat and nothing that would worry little ears.

We took a couple of Vine videos, click links for 6-seconds of parade part 1 and part 2.