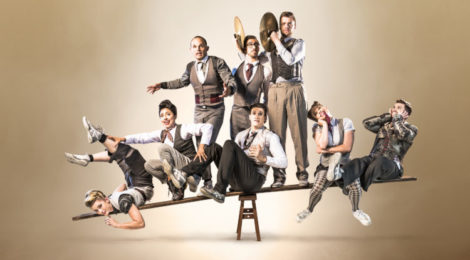 Now in its 40th year Circus Oz is rolling back into Melbourne, with their latest show: Precarious!

Where: Enter via the Observatory Gate on Birdwood Avenue (opposite the Shrine of Remembrance), Royal Botanic Gardens Victoria, Southern Cross Lawn SOUTH YARRA 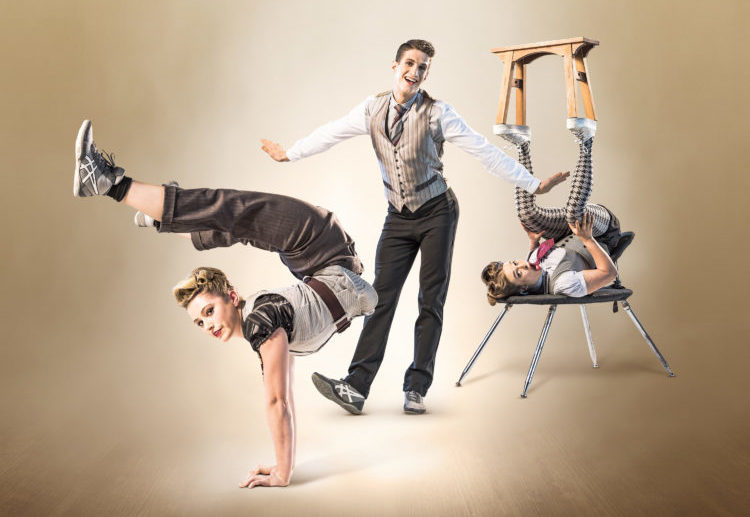 The latest iteration is a no-interval 70 mins worth of hijinks and aptly titled Precarious. It perfectly sums up the talent and their bag of tricks in this anniversary edition.

This year the Circus Oz bigtop is set in the lush surrounds of the Botanic Gardens, a wonderful location that invites a leisurely linger pre-show if you haven’t visited recently.

It begins with what looks like a giant set of Jenga blocks being pulled this way and that and these versatile blocks will be used in various ways throughout the show. Many other tools and apparatus will be manipulated: including small balls, large hoops, Chinese pole, rope and hanging cloths to twirl, but really it’s the flexibility, grace and strength of the seven performers that are the backbone of Precarious.

With two musicians providing live back up sounds and original songs, the wordless ensemble cavort, tumble, juggle, balance, somersault and impress on the floor and in the air. Aerial, acrobats and gymnastics are all part of the act (with no safety nets!).

The set however, is not cramped with extraneous details and similarly the show itself seems pared down. Even the costumes are tastefully tailored in shades of grey, white, black and red, not in the typically bright and garishly neon colours favoured by many circuses.

The one quibble about Precarious is the subtle and lacklustre storytelling. Whatever message the artistic director wanted to portray wasn’t strong enough (something about the natural world’s fragility?) and needed further emphasis in order to complement the team on the floor.

PS: For those wondering about the Winter chill, be assured the tent is heated!