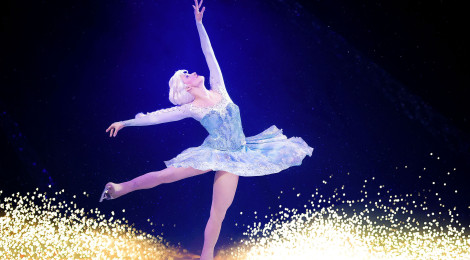 Disney on Ice has been producing shows for more than 30 years, and now there is a Disney movie that transfers perfectly to the ice. Fans of Frozen will not be disappointed by the finale in this year’s Disney On Ice production.

Words kindly provided by contributor Anna who attended Disney on Ice on behalf of Meetoo.

Disney on Ice has been producing shows for more than 30 years, and now there is a Disney movie that transfers perfectly to the ice. Fans of Frozen will not be disappointed by the finale in this year’s Disney On Ice production.

The show runs for over two hours, longer than I remembered, but most of the audience seemed quite enthralled from start to finish, even the younger toddlers. There seemed to be just enough spectacle to capture their full attention.

The show features everyone’s favourite Disney characters from the films the Little Mermaid, Tangled, Beauty and the Beast. The magical performance showcased incredibly talented figure skaters, outstanding lighting and exceptional scene transitions. Disney on ice is a wonderful experience for young Disney princes and princesses! So slick that at times forget they are on skates.

Our audience members ranged in age from 4 to 12. It’s a given that most pre-school adged girls would love it, and many came dressed as Elsa and Anna, but Mr 4 was also mesmerized, and particularly enjoyed seeing Olaf and the animals. The animals are two humans who can ice skate and still look like a convincing Horse and then Sven the Reindeer.

Miss 9 was a big fan of the Little Mermaid after performing it at her dance concert a few years ago, so she particularly enjoyed seeing Ariel twirl 35 feet above the ice in a stunning Spanish web act. Miss 12 dabbles in a bit of gymnastics and skating so there was plenty to hold her interest.

It can sometimes be a struggle to find a good value show that the whole family can enjoy. The well renowned Disney on ice spectacular is a polished performance, packed full of action, adventure, magic and unforgettable characters.