Melbournites food and cooking obsession is served up with a bit of creativity and fun in the NGV Kids exhibition Fake Food Park.

This space is incredibly interactive – with buttons to push, levers to pull, dials to turn, things to open and shut and lift and peek into, to wash and mix and more.  If your kids are in the mood for some imaginative play then Fake Food Park could keep them entertained for ages.

This is a busy space during the school holidays so if you have a pre-schooler you might want to save your trip for a week day when school is back!

As well as the play kitchen area there are also loads of screens on which a fun program gets the kids to make some creative food ensembles as well as questioning preconceptions along the way – it’s colourful and amusing, designed to engage the primary ages (but the visual prompts mean that anyone can play along).

The space is an explosion of pattern that is visually exciting – and if you happen to be the parent on watch there is plenty to look at and take in on just the flooring alone!

As far as learning about the artist, Marti Guixe, or really getting to know much about his work as an experimental chef (or food technologist?), I personally felt the exhibition fell a little short – but that’s a minor detail, after all the space is for the kids.. and the day I was there – they were loving it.  Read more in the NGV website here.

While you’re visiting the NGV you should also check out Degas and in the main foyer area two sculptures – Ichwan Noor’s Beetle sphere, 2015, and Jeppe Hein’s Semicircular space, 2016. 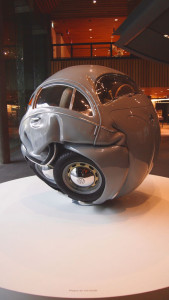 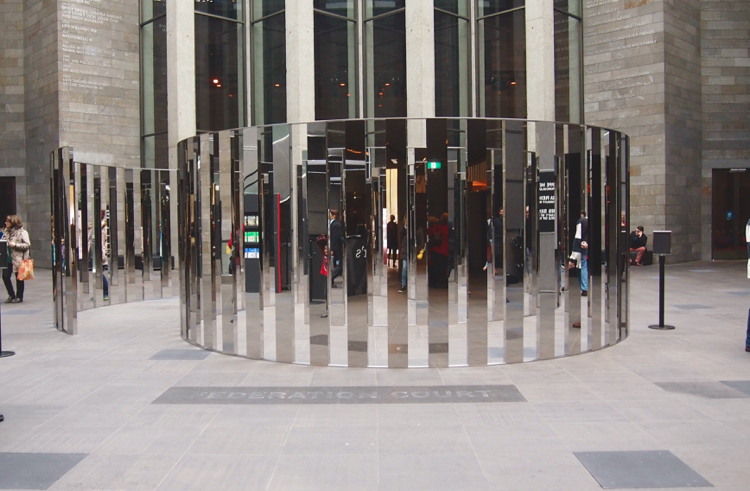