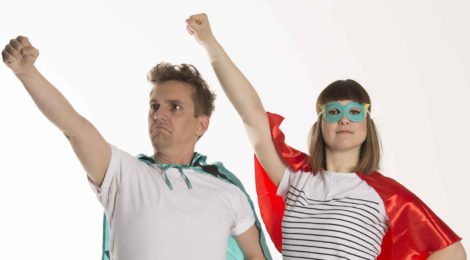 Improvilicious: the improvised guide to Superheroes

Many thanks to contributor Thuy On for attending on behalf of Meetoo and preparing this fabulous review.

The dynamic duo, performers Ben Russell and Amberly Cull, are back with another round of hilarious, improvised humour, but with a superhero theme (as Ben sagely points out, the prolific and enduring nature of these caped crusaders means that there seems to be a movie about superheroes opening every week) so why not get into the act? 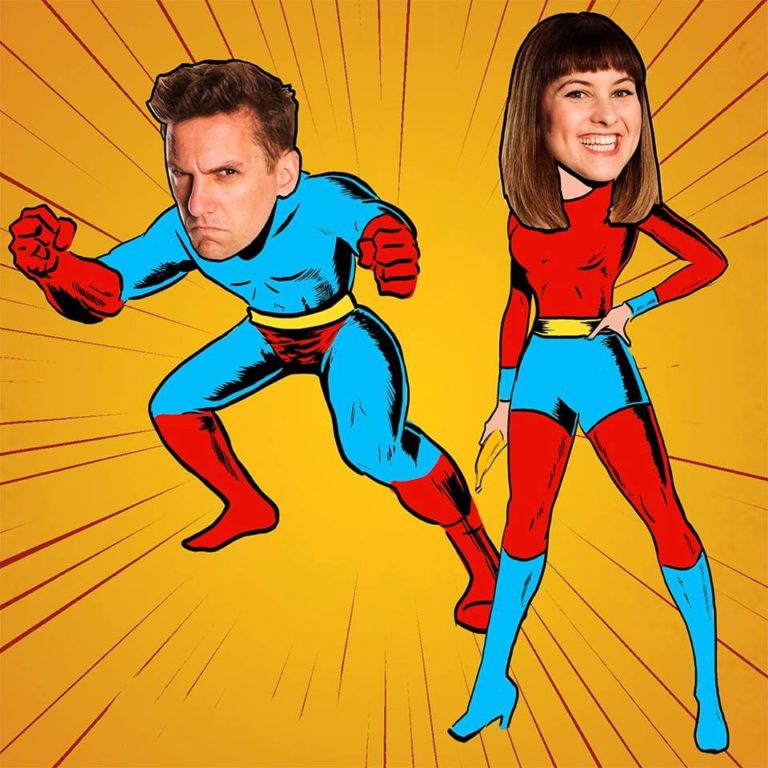 So the origin to resolution of the superhero (and his sidekick) is explored here. The audience however, is invited to come up with our own version and on the day we went, the very silly moniker of Captain Slimy Bottom got the general vote. A few more details offered up from the enthusiastic crowd: Captain SB’s weakness was hand sanitiser, his super power was of course, the ability to shoot off slimy viscous material from his nether regions (a great skill to have in case you need to put out fires say, or loosen locks…)

And the scenario conjured up was an escaped menagerie from the zoo.

With such basic ideas in place, the duo’s hammy performance and improvised skills come to the fore to magically knit together an adventure from many different parts.

It helps greatly that there is good chemistry between Russell and Cull because there needs to be trust to develop the story, especially as they have to deal with unpredictable segueways and detours. The hour show packs in a lot: all the tricks of the toolbox are used: lip-synching, franchise reboot (we had country romance), period history (we had Egyptian), as well as a very funny bit involving the two not being allowed to use the word “s”.

Improvilicious needs audience participation and interaction to work and the sillier the suggestions the funnier the show becomes. Recommended for middle primary upwards (including adults), this is a highly energetic, high laughter rating show. And the best thing about it is that if you go on another day, there will be a whole different superhero and quest altogether.

Don’t forget to get your entry in! The official

Yesterday afternoon I peddled around the block to