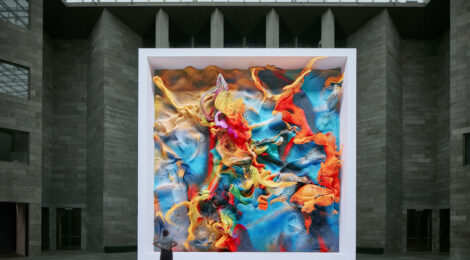 The NGV Triennial 2020 exhibition is underpinned by four themes – Illumination, Reflection, Conservation, and Speculation – that invite audiences to embark on a journey of exploration and discovery through the intersecting ideas on display.

Free and exclusive to Melbourne, this is the second instalment of the NGV Triennial, which is held every three years. The inaugural exhibition, held in 2017, remains the NGV’s most attended exhibition to date, with 1.23 million visitors.  And with limited audiences visiting Melbourne from afar (and time allocated crowd controlled access) this Triennial promises to be a special experience for Melbournians who won’t have to jostle through crowds to get up close.

Jump online and book yourself a FREE ticket.  My top tip would be to plan two or three visits as there is so much to see and soak up.  You might even want to plan at least one visit sans kids so you can linger and not be rushed – there is after all 86 projects to take in!

The NGV has developed some fantastic resources on their website so that you can learn the back story to many of the pieces – and it was these stories that I loved learning during the media preview at the NGV.  I would encourage everyone to have a look at some of these insights before or after they visit.

It’s hard to choose favourites, but some of the pieces that stayed with me (and I haven’t seen everything yet!) from my first exploration are:

Porky Hefer: This major new work consists of a series of large-scale handmade environments populated with imaginary sea creatures from a dystopian future that the artist describes as “the Plastocene”. The collection, including a 14 metre-wide octopus constructed of giant hand-felted cigarette butts, draws attention to ocean pollution by imagining mutant sea creatures evolved from plastic bags, straws, and coffee cups.  Watch the video: Plastocene – Marine Mutants from a Disposable World 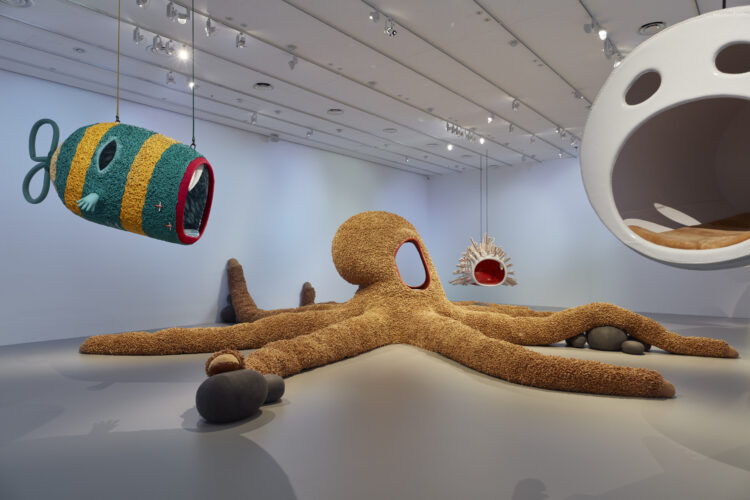 Refik Anadol: A monumental video work spanning 10 metres high and wide, which uses artificial intelligence (AI), machine learning and quantum computing to visualise our digitised memories of nature – 250million images have been uploaded and it is the combination of these images that produce an ever-changing kaleidoscope of AI-generated dreamlike visualisation… it’s incredibly mesmerising and beautiful – and kinda mind-blowing. Watch the video: Quantum memories. 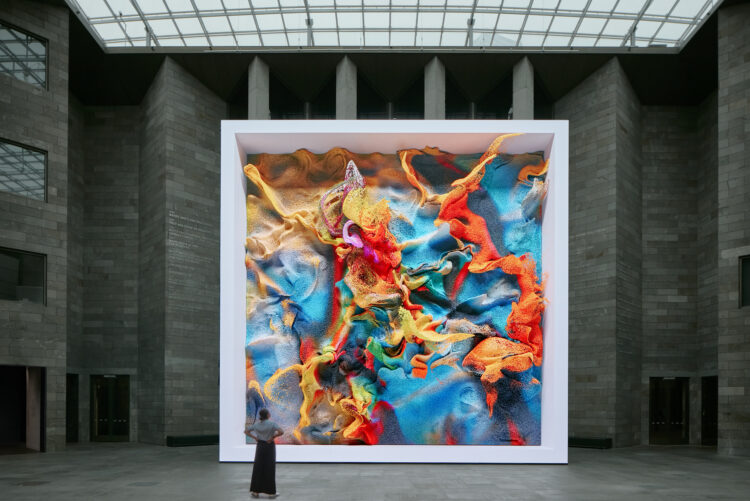 Also making its world premiere is a work by renowned French artist JR, who brings global attention to the ecological decline of the Darling River. The work comprises a simple scaffold structure erected in the NGV Grollo Equiset Garden replete with a printed façade to house five large-scale stained-glass windows that depict orchardists who have been forced to remove and burn their families’ commercial orchards, and a senior Baakandji Elder and spokesperson for the Darling (Baaka) River. The portraits are based on photographs taken by JR when he visited the Sunraysia agricultural region of Victoria and New South Wales. This is a shrine to the loss of environment, livelihoods and traditions for generations present and future.  Watch the video: Homily to Country 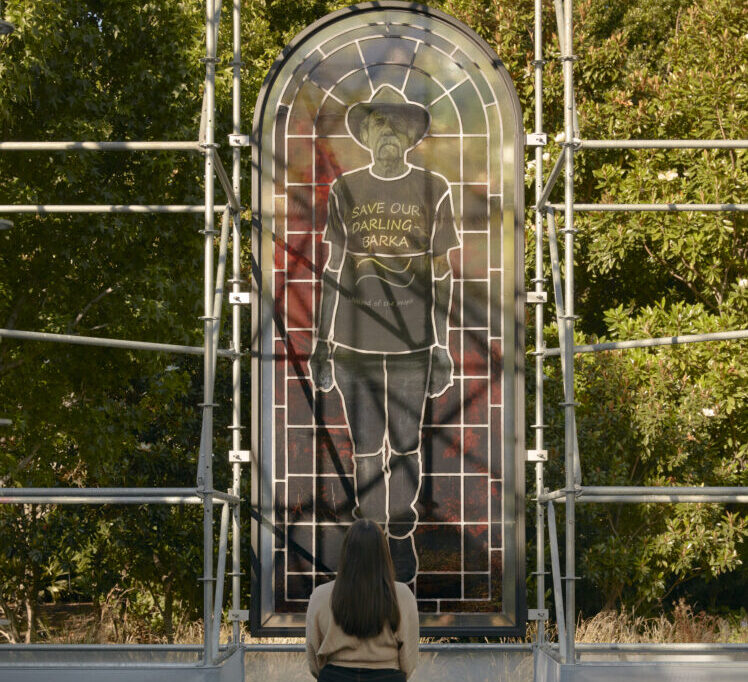 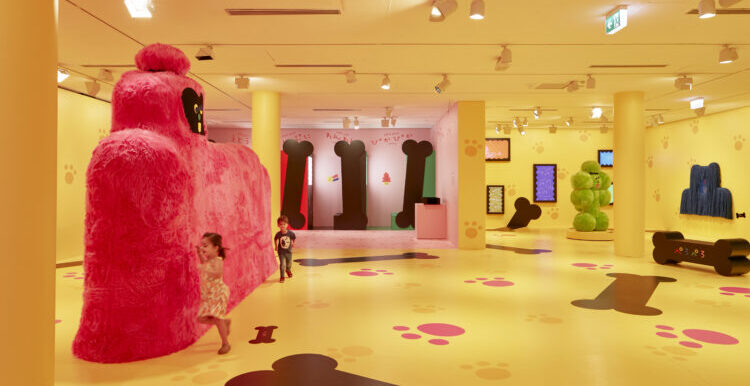