Play School is the favourite of many a preschooler and what could be more special than seeing it live!  Play School Live in Concert – Prince of Bears is currently touring Victoria until March 27.

Where: various locations, visit the website for more details

Thanks to our contributors Fiona and Nathan for this joint effort of words and photos! 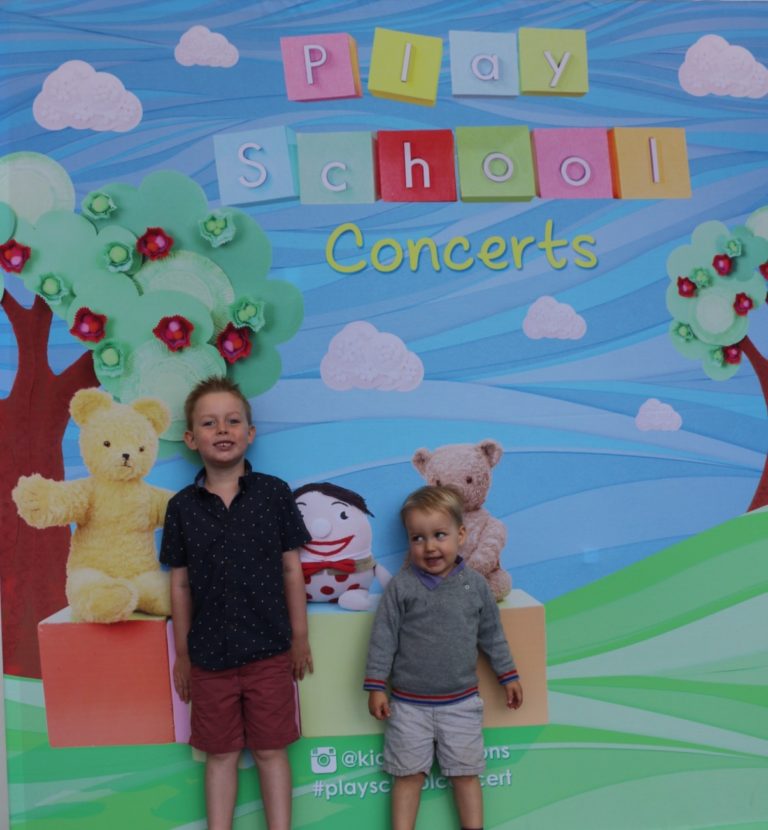 There’s a bear in there…

This weekend we went to see ‘Play School Live in Concert’, a live show taking us on a journey through the countryside with Abi Tucker, Alex Papps, Big Ted, Little Ted, Jemima and friends.

The set was created in true Play School style: bright, minimal and thoroughly clever.  The 40-minute show was the perfect length of time for the little ones, the cast encouraged audience participation and the mini fanatics jumped off their seats to get moving to the many songs performed.

The ad libbing had the parents laughing along with the energetic hosts, who gave the impression they really enjoyed being on stage.

Mr 2 was awestruck, and bopped along, Mr 5.5 thoroughly enjoyed the show, but left the dancing to the younger crowd (mostly 6mths – 4yrs).

We, as parents, were equally excited to witness presenters from the tv shows we grew up with in the 80’s & 90’s. This year marks the 51st anniversary of Play School. Whether you are 6 months or 80 years old, you cannot help smiling whist singing along with the iconic Play School theme song.

There was plenty of reasonably priced ABC Play School merchandise available, from books to plush toy favourites such as Humpty and Big Ted.

NB – Ensure your kids have had enough to eat beforehand as not all theatres allow food and drink inside.

Disclaimer: Meetoo was invited to Play School Live in Concert, all views are those of the contributors and all details are correct at time of publishing.