Browse: Home   /   Priscilla the musical {on tour in Melbourne}

Priscilla the musical {on tour in Melbourne}

Priscilla the musical is the stage adapted prodction based on the film, Priscilla Queen of the Desert.  Filled with endless disco classics and crazy amazing outfits; at its heart it’s a story about family.

From beginning to end this production is lots of fun… the music is fantastic and energy levels are incredible.  The singing is excellent and the musicians in the orchestra pit are slick, it was hard to sit still in our seats. While the boys were all fabulous singers – it was the combination of all this and the three girls suspended from the ceiling at different points that took it to the next level.

The costumes didn’t disappoint – and often went beyond the outfit selection in the film.  So plenty of fun and colour to delight all ages.  We had plenty of discussions about what costume was our favourite.

The story stays relatively close to the film storyline with a few minor adaptations.  Probably the most noticable change was the character of Bernadette, who is more vulnerable and charming in the stage version – we totally fell in love with her.

Priscilla the Musical is a story about a search for family and belonging – the family we are born into and the family we surround ourselves with.  It’s also about acceptance, love and being true to yourself.

If you’re wondering about mature themes and if this is a show suitable for kids – well there might be a couple of things to talk to the kids about before and after the show (and just some things you might want to know beforehand – for me it was the ping pong scene!!).  I would also recommend for children who are happy to sit, as it’s a long show, so probably 8+.

We really loved this production and could happily see it again – while it’s hard to beat Hugo Weaving and Guy Pearce in the film version, I have to say that I might have liked Priscilla the Musical even more!  Shhhh.

Don’t miss The Adventures of Priscilla Queen of the Desert the Musical! 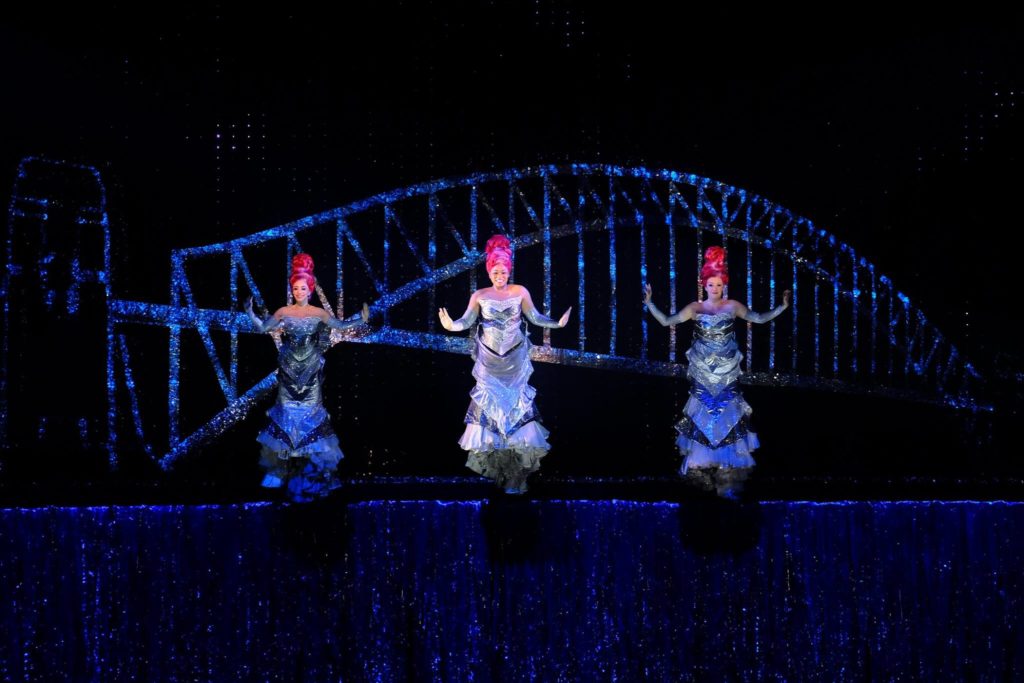