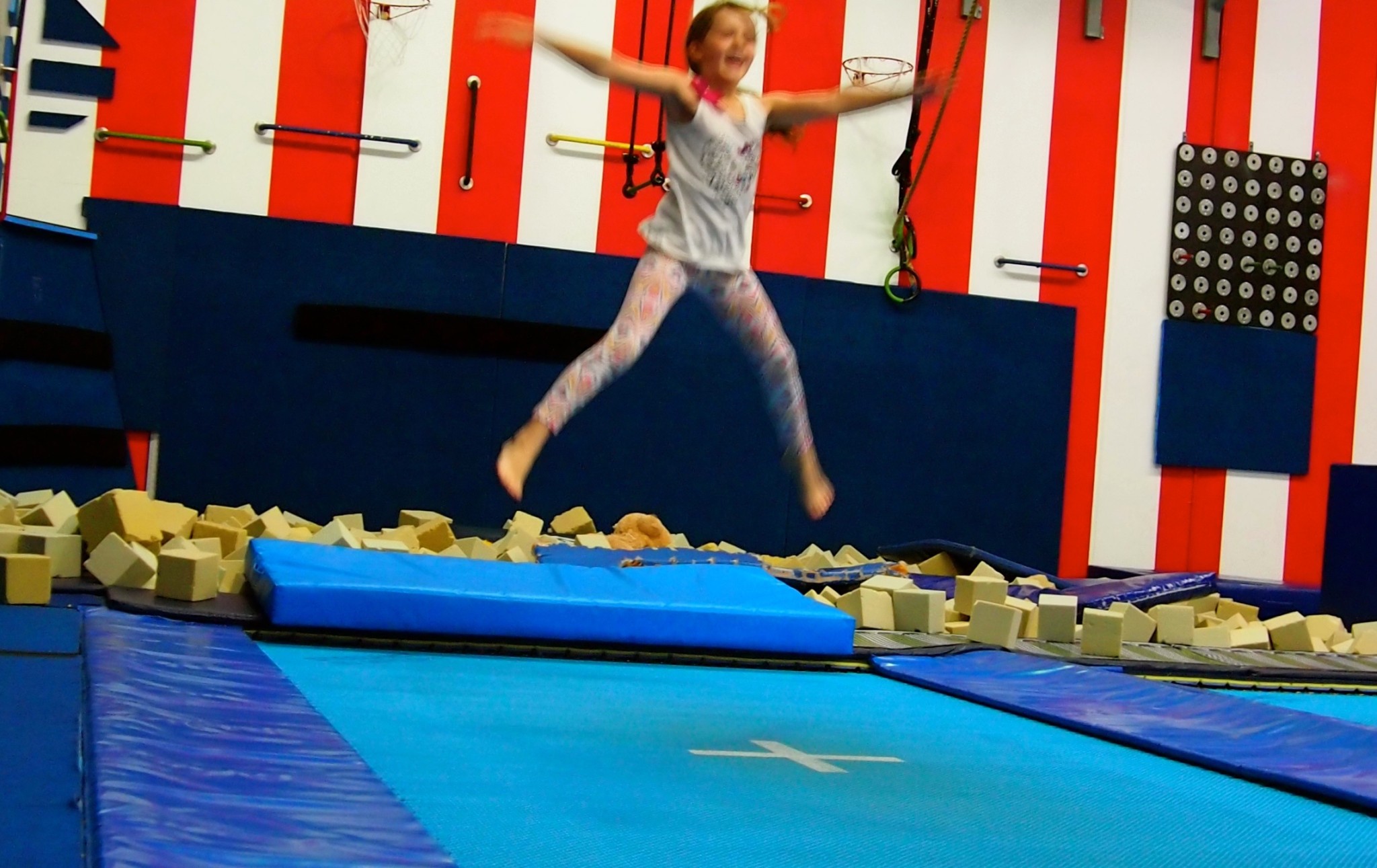 This activity will have the kids grinning from ear to ear – Kids In Motion is an amazing facility where kids can test their physical limits with non stop action and have an absolute ball in the process.

Cost:  Classes start at $22.  The kind of class we trialled is a weekly 1 hour class which is term based and works out at $30/week.

Kids In Motion is one of Melbourne’s best kept secrets.  I came across the name somewhere and put it on my to “look into” list.  When I finally got organised and made contact David (the owner and one of the trainers) was quick to respond and set up a date for us to come in.  He also sent me a link to their show-reel – which had me jumping up and down in my seat with excitement – the kids were going to LOVE this.

Kids In Motion did not disappoint.  From the moment the kids met their trainers (they were matched with other kids their ages) they were off.  Each trainer had approximately five children in their care and they rotated around the major gymnasium space with ease – there is also a small gym upstairs space which was utilised by some of the groups.  There was trampolining, climbing ropes, rock climbing, swinging, hanging, trapeze, tumbling and more.  Most of the trainers are ex-professional athletes – Imogen’s trainer was a snowboard champion in his previous life.  In the mix there are also ex swimmers, gymnasts, footballers and basketball players – David mentioned to me that he doesn’t really look for a specific specialty but rather the right personality to inspire the kids and enthusiasm for the job at hand.

Kids In Motion has been around for awhile – but this current location has been their home for the past two years.  I was impressed (and surprised they’d been there that long) as the equipment and facility appeared quite new and well maintained (sometimes after the first twelve months venues like this can start to look a bit run down – lets face it they get a pretty good beating – but this was not the case here).

Kids In Motion is not just all about the kids – there is a parents lounge with viewing window located upstairs and all the daily papers available to read and plenty of comfy seating space.  There is also some outdoor seating downstairs (for those days when it’s too nice to be indoors) as well as a mobile coffee van which visits most Saturdays.

There is one downside to Kids In Motion – despite its central location it’s not near any public transport which means mum and dads taxi service is the only way to get there.

Immi (8) and Charlie (5) both gave Kids In Motion an “awesome” rating.