Browse: Home   /   Basquiat and Haring: Crossing Lines at the NGV 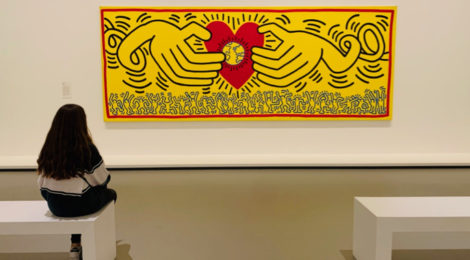 Basquiat and Haring: Crossing Lines at the NGV

Crossing Lines is a major coup for the NGV; many of these artworks have rarely been seen; it’s a world exclusive and won’t be touring. Basquiat and Haring were both at the forefront of social and artistic movements of the 1980s.

Review written by Thuy On, photos by Kate Nelson

It’s a little bit ironic that the NGV’s latest blockbuster exhibition, Crossing Lines, features two renegade anti-establishment artists whose works started out on the streets, and in subways. They’ve gone a long way from messing about with art created in the underground New York art scene to being two of the most influential 20th-century artistic darlings.

Keith Haring and Jean-Michel Basquiat died young and prematurely but their combined legacy prevails; Crossing Lines is a sensitively curated show that follows their early to final works, with over 200 pieces available. The two played across a huge variety of media and materials, including chalk- graffiti paintings, photography, illustrations, collage, found materials, video projections and random objects (a motorcycle helmet a baby’s crib, and a sarcophagus among the more unusual items) but the underlying mood that they both engendered is a restless, febrile, youthful energy. They wanted to democratise art, to make it accessible to the general public.

Their rebellious nature and social agitation were seen in their works, through slogans and iconography that explored anti-racism, capitalism, AIDS and social welfare, and walking through the gallery space you can see Haring’s and Basquiat’s distinctive respective symbols: the crawling baby (a figure of innocence) and the crown affixed on a black figure (a shorthand for power and autonomy) repeated over and over again. Eschewing realist portrayal for graphics and quick impressionistic motifs, there is so much colour and high-octane dynamism in these works that speak to the hip hop, fashion, design and performance subculture worlds they both inhabited as much as it does about the socio-political climate of the age.

Kids in particular, will be impressed by the neon glow-in-the-dark pieces that light up under UV light.

The music of the times (think Madonna, Blondie, the B52) are piped throughout so visitors can be transported back to the heyday of the 80s, when Haring and Basquiat were at the height of their prolific best.

This exhibition is a major coup for the NGV; many of these artworks have rarely been seen; it’s a world exclusive and won’t be touring. So get to it and be infected by these bohemian spirits. 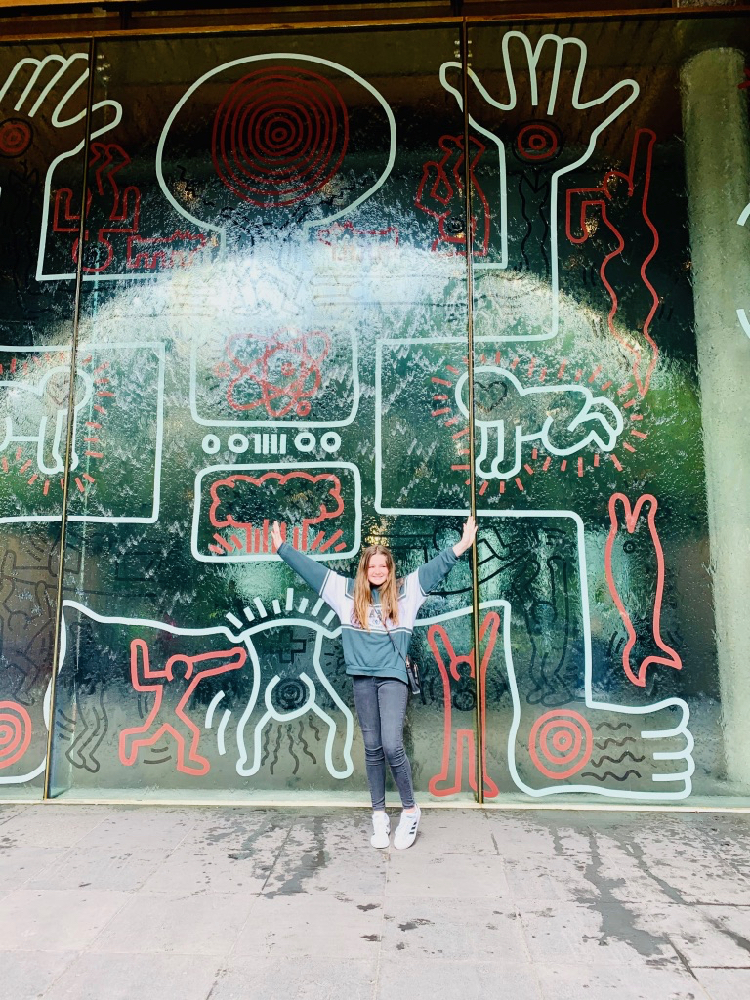