Browse: Home   /   Death to Nuggets {dining out for kids reimagined} 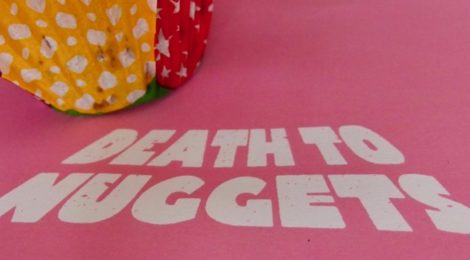 Death to Nuggets {dining out for kids reimagined}

Kate Nelson / November 5, 2017 / Comments Off on Death to Nuggets {dining out for kids reimagined} / Educational, Events & Shows, Food too, South

Sick of kids menus being boring and eating out with the family where kids and their meals are an afterthought?  Death to Nuggets is a family dining experience that makes the kids meals the hero of the occasion.

We attended what might have been the most adventurous and confronting of the Death to Nuggets dinners to date – with the theme being bugs!  I should point out that previous dinners have been much more mainstream with themes such as fish… and there is talk of a next dinner being a back to front dinner with desert first. 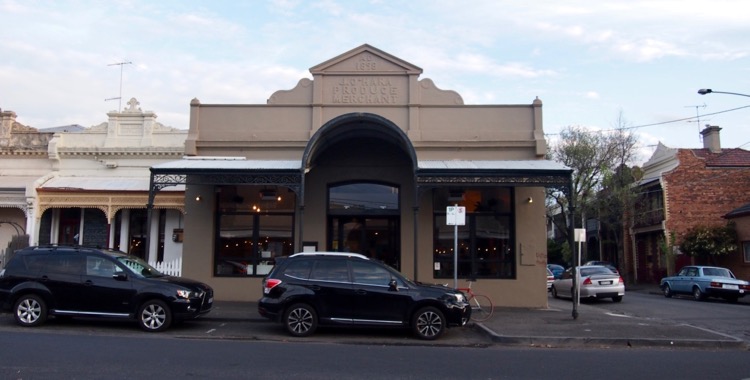 The focus was looking to bugs as nutritious source of nutrients and other goodies – instead of traditional meals (like beef and lamb) that have major environmental impacts.  1kg of bugs use less than 1l of water to grow into full size…. 1kg of cow uses over 100l of water (plus they fart – being one of the worlds major polluters!).  During our dinner a possible future Mars mission astronaut spoke to us – she’s been eating bugs for years and if she goes to Mars then that’s what they will be growing and eating while they are there.  In fact apparently billions of people are already eating bugs as a regular food source.  What do you think prawns are…..? 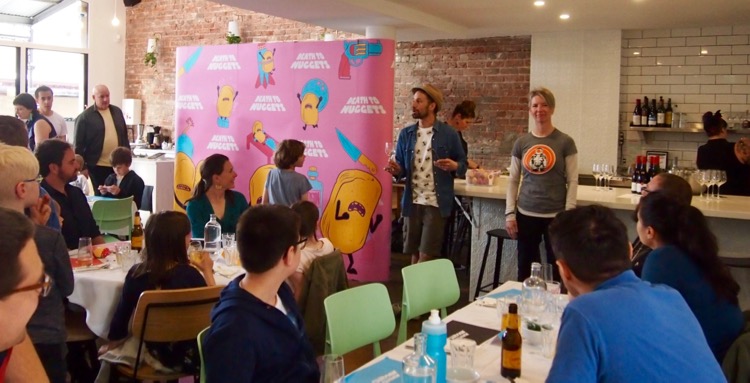 With all that to think about – there was also clearly a lot of fun had in the kitchen… our first dish, well I won’t say what the kids said it looked like as it wouldn’t be polite!  This was actually noodles and vegetables (with a few meal worms scattered over the top – so easily picked out for those a bit squeamish). 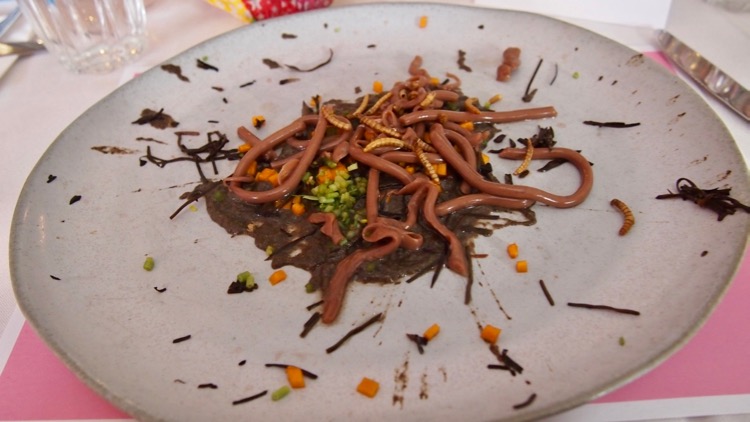 And as we arrived we were handed a chocolate crackle (yes odd to have a sweet treat before dinner, but when menus are designed by kids then anything goes)… this was a crackle that raised many eyebrows and challenged all of us to our first bug chewing experience (they actually have little to no flavor, it’s just a matter of getting past your mind games). 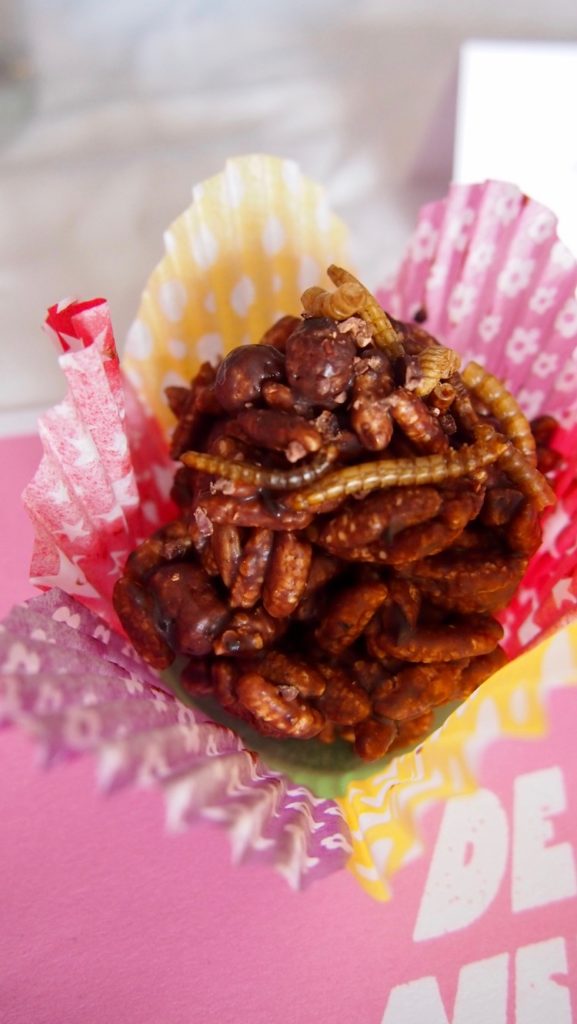 Second course was fried rice with crickets (again sprinkled on the top).  Charlie was hesitant for a moment but once he tasted it he admitted that it was tasty and gobbled it all up (I was the same, it was really yummy and I much prefer the idea of cricket over worm – no matter how dead those meal worms are from the corner of your eye they still look like they are moving). 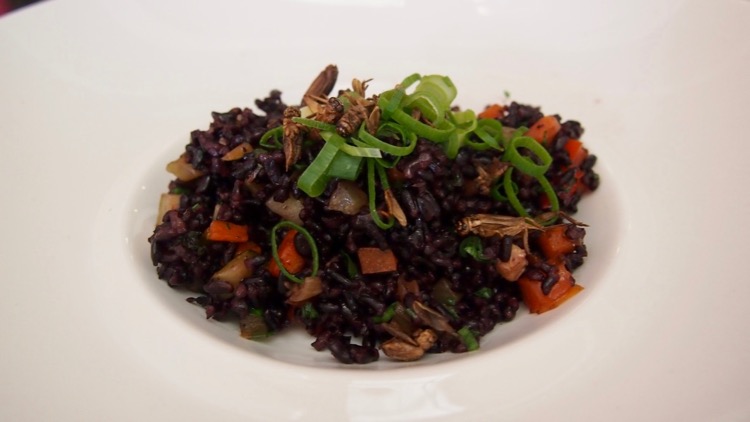 Immi really struggled – even though I told her before we went what we were doing she thought that I was joking… so as long as she tasted everything I conceded to toast at home after.  I should mention that my kids are mostly pretty adventurous with food – they love rocket, most vegetables, olives and all sorts of foods – so I was actually surprised she put up such resistance… if we weren’t invited as guests and were buying tickets (and I wanted to avoid a possible mutiny) then I would definitely recommend talking to the kids about what they think before you book!  In the room on the night all the kids were throughly embracing the experience and loved the opportunity to eat things that normally would be discouraged (our salads were made up of plants that are often considered weeds).

Dessert was fun – they told us there were ants in it, but I couldn’t see anything… there was some black seasame seeds so maybe they were pretend ants.  I loved how it looked like a garden with cake, jam, fruit, yoghurt and edible flowers – soooo pretty!

As well as our meals a drink was included – the kids made soda drinks with home made cordials and the adults got to choose a glass of wine or beer.  Our dinner came with a salad.

Also during the evening the Death to Nuggets illustrator was creating artworks for the kids to take home (you could request your own deadly nugget picture!) and there was colouring in and crafting happening at a big table too.  The kids were welcome to visit the kitchen and see the meals being prepped – and if you were lucky you could even have a taste test.

← Four tips for getting kids to sleep while traveling
Circus Oz presents Stacks On! →