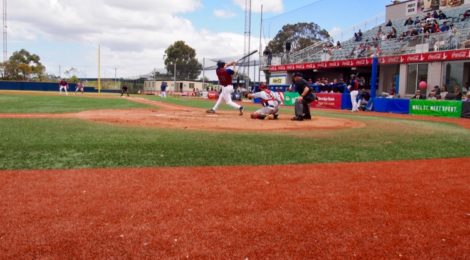 A day out in Laverton

Kate Nelson / December 6, 2018 / Comments Off on A day out in Laverton / Active, Food too, Playgrounds, Suburban, West

The kids and I were recently invited to spend a day in Laverton checking out a few local treasures thanks to Hobsons Bay City Council.  Our adventures took us to a baseball game, some delicious treats and a scooter ride to a local park… a lovely way to while away a Sunday!

Laverton is a suburb that is having a bit of a growth spurt over in the west of Melbourne.  It’s not on many radars – mostly because it’s a suburb that is pretty low key.  But thank’s to Hobsons City Council we had the insider knowledge to some of the best cafe’s in town as well as some family fun things to do, making for an unexpectedly fun day out connecting with the kids.

Our first stop for the day was a pumping cafe called Favor & Grace.  On first glance we wondered if we were in the right place… everything seemed closed, but push open the door and enter another world.  We could have been in a hipster spot in Northcote or Windsor!  The menu was great and the food fresh and delicious – a perfect brunch to fuel us for the adventures ahead.

Next stop was the Melbourne Ballpark (a 20min walk or 3min drive).  The day we visited the Melbourne Aces were playing against Geelong Korea (apparently it’s a thing in the Baseball league to do foreign mash-ups).  Now I have never been to a real live baseball game (unless you count a few games played in my PE class in high school..) so I was a bit fuzzy on the rules – but it was definitely a novelty to experience something new… take in the crowd, the action happening on the pitch and the general fanfare!  The kids shared the obligatory hot-dog, we saw balls being hit out of the park, there were cheerleaders, hey we even scored some caps!

Worth noting is that the stadium is covered in a net (to protect you from any stray balls).  And while it’s not a big stadium – neither is the crowd so you can get a pretty up-close view of the action!  There is parking available (it’s $5 cash at the gate) but also pathways run along from the train station (opposite Favor & Grace) making it possible to walk or ride to the game.

After the game we headed to Cheeky Chewies for a late lunch – another gem that only a local could know about.  The team at Chewies are incredibly welcoming and friendly – they insisted we try their specialties (which were amazing… umm those chicken ribs are worth a trip just to Laverton for!!) and made sure we felt at home.  At the back of the cafe is a small inside playground – perfect for parents of toddlers (and it appears even the big kids love it as I had to drag my guys out of there!).  Also worth mentioning was the iced coffee… frozen cubes of coffee were presented along with a shot of hot coffee and a jar of cold milk – it was delicious (I am totally stealing this idea for my homemade ice coffees this summer!). 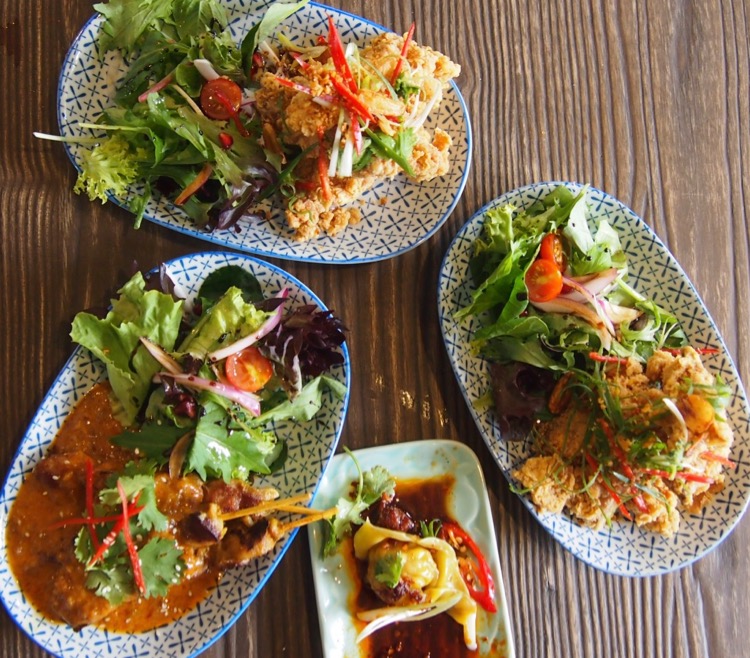 Our next adventure was a scooter ride along the bike path to McCormack Park.  This took us about 15minutes (we set off from Laverton train station) and the pathway was in perfect condition so easy to scoot along (yes I took my scooter too).  The fun thing for us is that unlike our inner city life, the streets of Laverton are very quiet… so quiet the kids enjoyed the novelty of a little on road scootering.  In Prahran even the footpaths are crowded – so to sail down a bike path full pelt and never encounter anyone else is a rare treat!  We raced each other to McCormack Park where the kids had some fun in the skate park (again we were the only people) and then tried out the playground (also empty!).  We did spy some kids heading home on bikes with fishing rods and a chiller bag – I wondered if there was a spot in the park to fish as there was a small creek we crossed over on a bridge.  McCormack Park could have been explored more, but dark clouds were gathering and we decided to head for an early dinner before it started to rain.

Our final stop for the day was Pizza Cult where the kids demolished their pizza dinner – and even had room for the dessert pizza.  Pizza Cult is a no-fuss place – perfect to eat with the kids as the pizzas are baked in a wood-fired oven and the decor is super relaxed.  With full tummies, we headed for home… a proper relaxing weekend adventure been had, all 30minutes from home!  Thanks for all the tips Hobsons Bay!

Disclaimer: Meetoo was gifted meals and tickets, all views are my own.