Archie Brothers is a bowling ally and games arcade that has a fun retro theme – and isn’t just for kids!

Where: The District Docklands, 440 Docklands Drive DOCKLANDS (downstairs from Hoyts, across the road from O’Brien Arena) 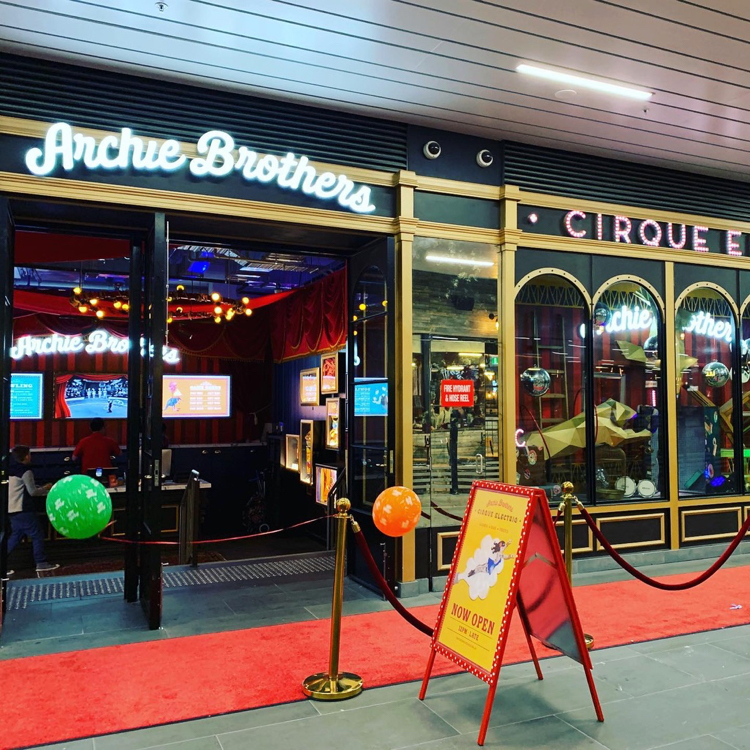 With six bowling lanes, 67 arcade and ticket games, an XD Theatre and dodgems, there is hours of entertainment at Archie Brothers!

As a bit of a birthday treat (not a party) I said to Charlie he could have three friends to take bowling for an afternoon… and naturally, I knew we wouldn’t be able to get away without some games.  The four boys had a blast – we got there just after 2.30pm and didn’t leave till almost 6pm!  (and if the game cards hadn’t run out sooner we would have been there longer).

Having opened in late 2018, Archie Brothers is still looking fresh.  Our bowling experience was great – we were near the window so had daylight, the furniture was clean, and there were plenty of bowling balls of many sizes for the boys to work with.  Oh, and those shoes still look new.  Added to that a great snack menu (we tried all the chip combos) we could have happily done two rounds of bowling as we were very comfortable… and while it was definitely lively and noisy, the level of sound wasn’t like a nightclub (which I’ve experienced in some other bowling centres).

After we finished bowling the boys swapped back their shoes and dived off into the arcade.  Worth noting there are two entrances in and out of the arcade – so if you had younger kids you couldn’t really let them roam… but this gang of 11-year-olds had so much fun I was able to sit back in the bar area and take some time out knowing that they were not going to appear for at least 30 minutes.

When the game cards expired they then had the impossible task of redeeming their points in the shop at the front… points were traded for spud guns, Rubix cubes and lollies.  Best.  Day.  Ever.

We were not guests of Archie Brothers – just had such a great time (and shout out to the amazing staff we encountered) I had to share.