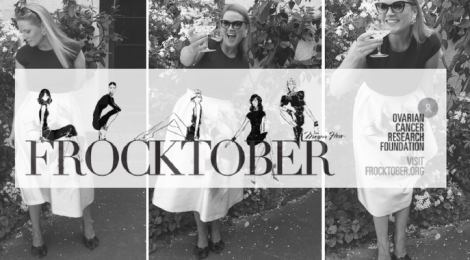 Frock Friday #2 {Frocktober 2016} and a story about a friends

Today’s Frocktober theme is Frocktail Party Frocks… I do love the silly season. 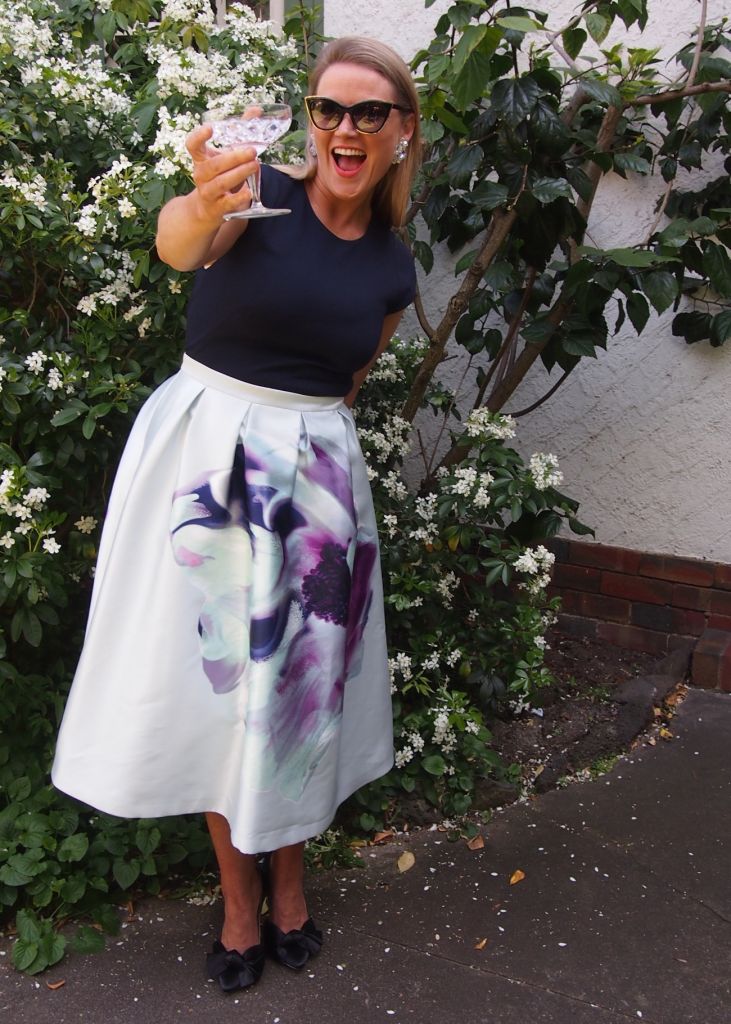 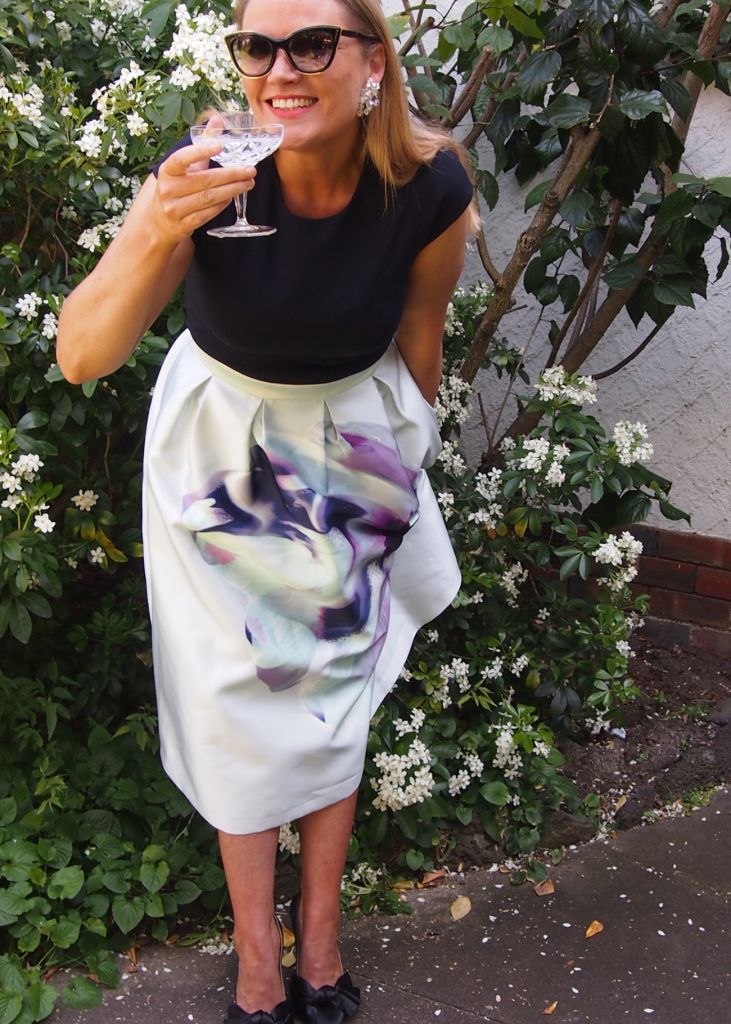 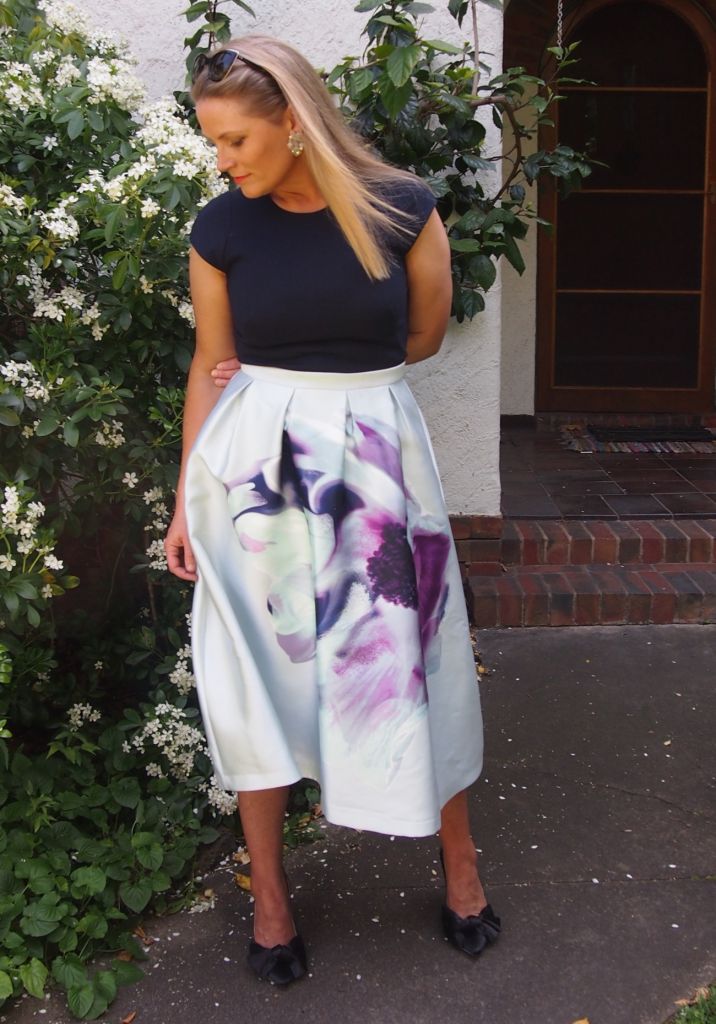 Today I thought I would go off-script.  I have to admit these Frocktober posts feel a little self-indulgent, and well, that makes me a little uncomfortable as I don’t want you to get the wrong idea… I mean I don’t mind playing dress-up and I love collaborating with friends, but the main reason for taking part in Frocktober is to raise awareness for OCRF (Ovarian Cancer Research Foundation).  So if you’re inspired please support my frock efforts or can join in the Frock action and start your own campaign by signing up here.

Yesterday I was driving my daughter and her friend to their school play and along the way we passed a park where their netball team had been filmed a year ago playing netball in the background while someone was interviewed on TV. (It was a news piece about a sponsor gifting funding to some sporting groups or something like that).  Anyway, at some point, a few of the girls (at the time aged 9 or 10) were interviewed on camera – including my daughter’s friend.

The reporter asked the girls what they would do if they won a million dollars. {Maybe it was $10,000 – minor detail}

My daughter and her friend started reminiscing – pointing out that they could hardly say on camera what they would really spend the money on (which was lollies) and so instead they said what they thought the reporter wanted them to say which was “to build more netball courts”.

And while this sentiment was sweet, it got me thinking.    The girls were quite savvy in their response to the reporter (given they were put on the spot); they didn’t want to cause unnecessary trouble and being sweet-natured they wanted to please, and maybe on a certain level their response could be true too (I mean I am sure once the girls ate $1000 worth of lollies they might rethink how they could spend the other $999K and it’s entirely possible that supporting a local netball court would be somewhere on the wishlist).

But just because this seemingly innocent gesture of wanting to please someone, by saying the thing they want to hear, is coming from a good place, doesn’t always make it the right thing to do – it’s still dishonest.

I drove along quietly contemplating this thought… and saved up the conversation for another time.  Not a big conversation, just a couple of questions to sit with. Some values feel so obvious and clear, and others… confusing.

Today I am wearing a Ted Baker dress and shoes by Wittner.  Thanks to a gorgeous friend.

Check out my other frocks here and here.

A few notes about the OCRF.

The OCRF rely solely on the financial support of corporate Australia and the broader community.  The funds raised are directed towards:

Once the costs for maintaining their small offices are absorbed, all remaining funds are issued as scientific grants to dedicated researchers in Australian and New Zealand hospitals, universities and research institutes used to fund salaries, equipment and consumables.  For more information visit: https://ocrf.com.au/

How incredible are these waves?! Loch Ard Gorge is