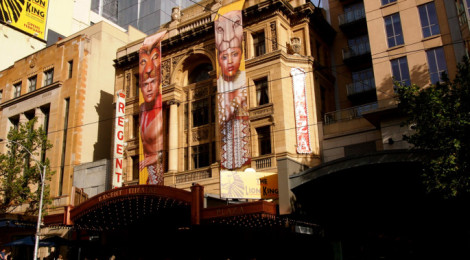 The Lion King on stage (Australia)

The Lion King is a musical and stage production you will long remember – filled with incredible costuming, puppetry, visual effects and stunning vocals plus the brilliant (Academy Award winning) score that includes the work of Elton John and Tim Rice.  Just because the production is based on a kids movie, don’t assume this is a kids show.

Charlie (6) was my assistant reviewer on this occasion – The Lion King movie is one of his all time favourite movies (I wont deny my influence may have been at play here as it’s also one of my favourite movies due to a babysitting gig I had when I was in high school where the TV had no reception and the only VHS on hand was The Lion King and so I think I saw the film at least 37 times).

I first saw the Lion King on stage 15 years ago in London (and no I wasn’t 17 at the time).  Back then it blew my mind and for the first time in my life I went and saw the same show twice (and have now seen it four times).  I think the most spectacular stage production I had seen to that point was Phantom of the Opera.. Pah so 1989.

When the Lion King first appeared on stage (back in 1997) there had never been anything like it.  The use of puppetry was brilliant, the costuming was stunning, the music just oh-so spine tingling.  As a package it really is a treat – and I can say it’s easily my favourite musical.  (I just did a quick wikipedia search and it turns out I am not alone as The Lion King is the top-earning title in box-office history for both stage productions and films.)

So let’s cut to the chase, what is the 2015 Melbourne production like?  I’ll give two answers – if you have seen the West End or Broadway productions then this production is 4.8 stars, if you have never seen the Lion King before then it’s 5 stars.  The only reason I would take off any points is that there were a couple of moments when the voices weren’t as strong as I have experienced in the past – if you have seen this production and also one in the past I’d love to hear your thoughts in the comments below as part of me is worried I am being too harsh.

I asked Charlie if he had a favourite character or part – he just couldn’t name one.. and I have to agree, it’s a huge production with many scenes that are all so layered that it’s impossible to love just one bit.  I love the voices, and in this production I particularly loved Nala’s solo (as an adult) and Rafiki (the monkey/spiritual healer) also soars.

The Lion King is a big show.  From beginning to end (including a 20 minute interval) it’s almost three hours long.  Charlie (6) hasn’t always been the best at sitting still for long periods – if he’s interested he’s able to now, but if we’d done this a year ago we would have struggled.  Our audience was about 85% adults.

I would carefully consider this production in regards to it being suitable for preschoolers – you know your kid best, but sometimes it’s cheaper to book a babysitter and just enjoy the show (this will not be the last time the Lion King comes to Melbourne – I promise).  There were a couple of babies somewhere in the audience who cried – thankfully not near enough me to be distracting (read ‘annoying’), but my heart went out to those parents (along with a side salad of ‘what were they thinking’, but then maybe their babysitter cancelled last minute).

The peeps at @vettapasta sent us this super cute A